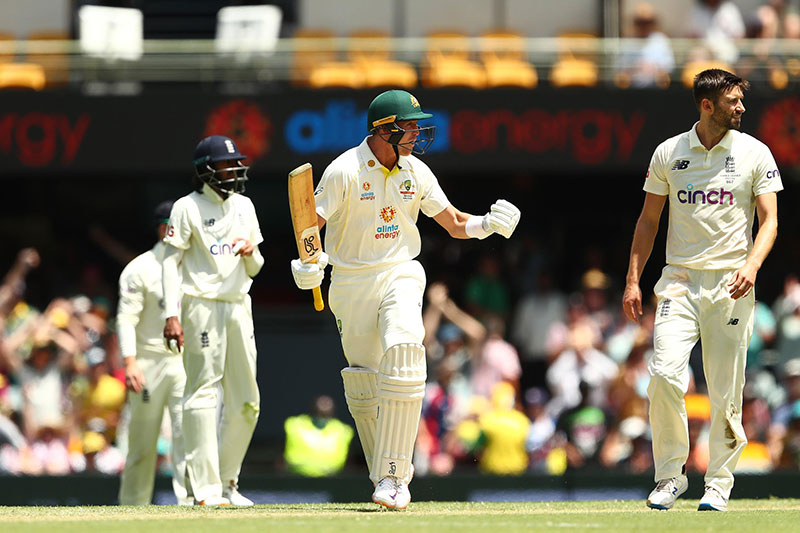 The Ashes: Australia win by 9 wickets, take 1-0 lead against England

Brisbane/UNI: Australia romped to a nine-wicket win and took an early 1-0 lead against England on the fourth day of the first The Ashes Test match here at the Brisbane Cricket Ground (The Gabba) on Saturday.

England showed an oasis of calm with Joe Root and Dawid Malan's 159-run partnership on the third day but on the next morning both were dismissed without disturbing the scoreboard much.

Australia picked up eight wickets in the first session to stamp their authority at the venue where England have not won a Test match since 1986.

Off-spinner Nathan Lyon got his 400th Test wicket when Malan gave a bat-pad catch for 82. Lyon became overall the 17th bowler to scalp 400 or more wickets, and the third Australian after Shane Warne (708) and Glenn McGrath (563).

England captain Root missed his Test ton in the Australian backyard as he was caught behind off Cameron Green for 89. No other English batter could challenge Australia, with both the star players Ben Stokes and Jos Buttler not able to carry the momentum set by Root and Malan.

Stokes (14) fell to Pat Cummins, while Josh Hazlewood got the better of Buttler (23). The off-spinner Lyon picked two more wickets and England folded up on 297 runs, setting a target of just 20 runs for the hosts to take an early lead.

Ollie Robinson struck for England post lunch but it was of no benefit as Marcus Harris finished off in style with a boundary.

Travis Head was adjudged the Player of the Match for scoring 152, which put Australia in the driver's seat. Australia and England will clash in the second Test match, which will take place from December 16 to 20 in Adelaide.