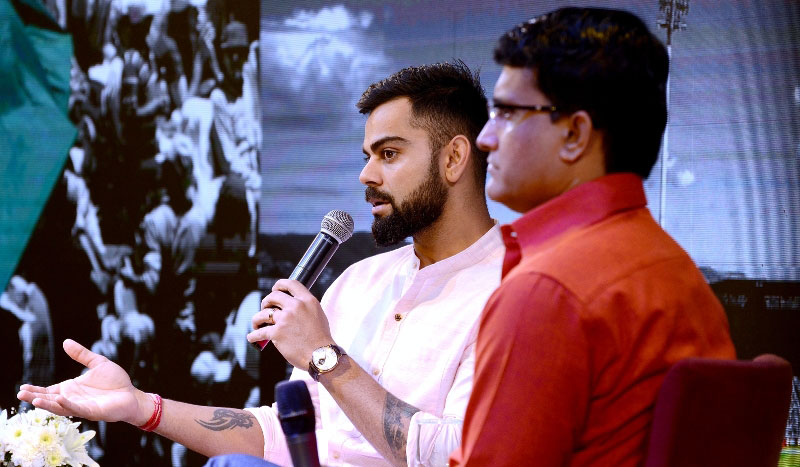 Mumbai/IBNS: Board of Control for Cricket in India (BCCI) President Sourav Ganguly on Thursday said the board and selectors together took the call to appoint Rohit Sharma as the full-time white-ball captain of the side replacing Virat Kohli.

Opening batsman Rohit Sharma was on Wednesday named India's new ODI skipper and he will take over from Virat Kohli starting with the South Africa series in January next year.

"It's a call that the BCCI and the selectors took together. Actually, the BCCI had requested Virat to not step down as the T20I skipper but obviously, he did not agree. And the selectors then did not feel it right to have two different captains for two white-ball formats," Ganguly told ANI.

"So it was decided that Virat will continue as Test captain and Rohit will take over as the white-ball captain. I as President personally spoke to Virat Kohli and the chairman of selectors has also spoken to him.

"We have full faith in Rohit Sharma's leadership abilities, and Virat will continue as the Test captain. We as BCCI are confident that Indian cricket is in good hands. We thank Virat Kohli for his contributions as captain in the white-ball format," the BCCI president added.

Earlier in the day, BCCI and Sourav Ganguly faced the ire of a section of Twitterati for sacking Virat Kohli as the One Day International (ODI) captain.

As per reports, Kohli was given 48 hours by the board to step down as the ODI skipper.

After he refused to do so, the BCCI in the 49th hour replaced Kohli with his deputy Rohit Sharma, who is already leading India in the shortest format of cricket, i.e. T20.