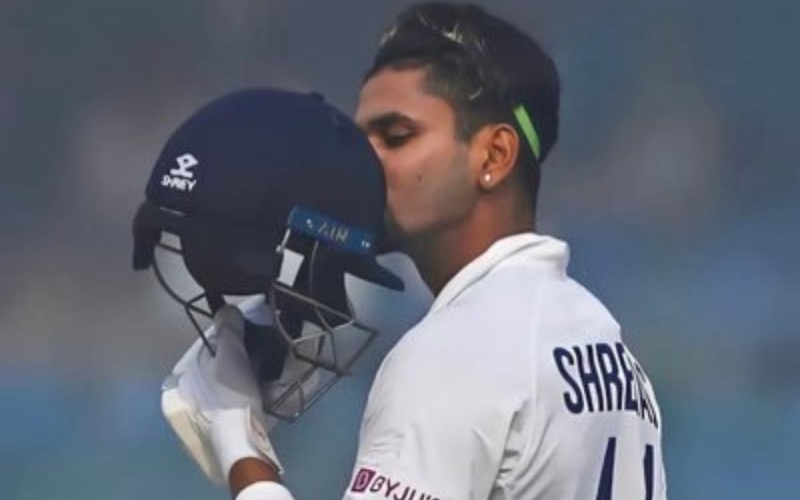 'Not thinking of cementing place': Iyer on playing Test cricket for India

Mumbai/UNI: Indian batsman Shreyas Iyer Monday said he is "not thinking of cementing a place" in the Test line-up, instead wants to do well whenever he gets an opportunity to wear the whites for the country.

The 27-year-old made his Test debut for India in the first match against New Zealand in Kanpur.

Iyer was adjudged the Player of the Match for registering the scores of 105 and 65 in the drawn Test.

The Mumbai-born became the third Indian batter to register fifty-plus scores in both innings of a debut Test match after Dilawar Hussain (1934) and Sunil Gavaskar (1971).

Iyer, however, couldn't do much with the bat in the second Test match in Mumbai, scoring 18 and 14 runs in the two innings.

"I'm not thinking of cementing a place. We've got so much competition and players in good form, I just want to do well when I get an opportunity," Iyer said after the match.

Iyer spoke highly of the head coach Rahul Dravid and said the former cricketer helps boost the confidence of the team.

He further praised the work ethic and player management skills of Dravid.

"Dravid gives you confidence, we started off at India A. We've gelled really well, his work ethic and player management skills are amazing. It's great to chat with him even outside the field," he added.

India won the second Test match by a massive margin of 372 runs and the two-match series by 1-0 against the Black Caps on day four at the Wankhede stadium.

The mammoth victory margin marks India's biggest ever win, with the previous one coming against South Africa by 337 runs in 2015.