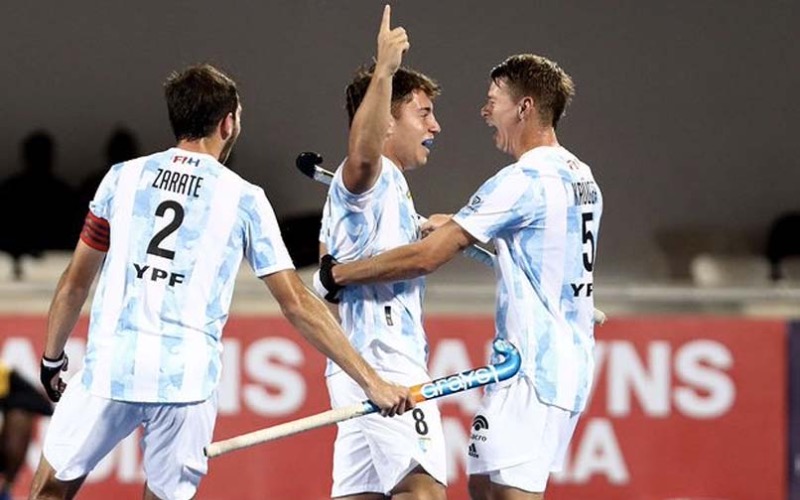 Argentina won their first penalty corner after great craftsmanship from Bautista Capurro's stick. A ripping drag-flick from Domene sent the ball high into the Germany net.

Later in the match, the Germans received a blow when Julius Hayner was yellow carded for a nasty foul which resulted in Argentina's Joaquin Toscani suffering a cut in his head.

With Germany down to 10 players, Argentina capitalised taking a 1-0 lead into the break.

However, Germany got all their 11 players back in the 23rd minute as they went close a couple of minutes ago with Siegburg's push-shot going wide of the right post.

Germany came back into the game in the 36th minute as Hayner fired into an empty goal at the back post, with the scoreboard reading 2-1 in favour of Argentina.

Further, they leveled with Phandt's drag-flick flew into the roof via an Argentinian foot.

Three minutes later, Domene had his hat-trick moment, putting Argentina back in the lead.

Argentina's Franco Agostoni sealed the match for his team after he broke forward and fired into an open goal, sealing Germany's fate 4-2.