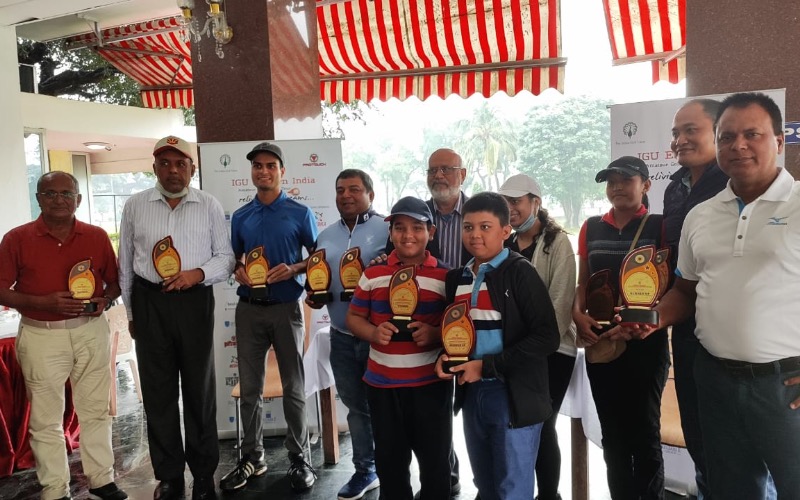 Amateur Open 2021: Abhishek Mitra swings to win in round 2

Kolkata/IBNS: Abhishek Mitra cruised to a comfortable two-shot win after swinging a solid last round of one-under 71 at Protouch Amateur Open 2021 played at the FWEPTA & Race Course.

Veteran Mitra made a brave final day charge but his one under 71 which was incidentally the lowest anyone could card Sunday was just two strokes more to force a playoff.

Nevertheless, his valiant effort got him the title in Amateur category and made him the outright winner in Mid Amateur division too.

Samridh Sen shot two-over par 74 and became the runner in the amateur category.

Sen eventually held his top position in the Order of Merit, ranking offered to pro golfers by the Professional Golf Tournament of India, after the 11th event of IGU Eastern India Amateur Golf Feeder Tour 2021.

Col AK Meitei's 86 ensured him the second spot among the mid amateurs.

The 16-year-old Ashem Agnish from Dimapur won (156 in 30 holes) in the ladies category followed by Flora Bhavishi.