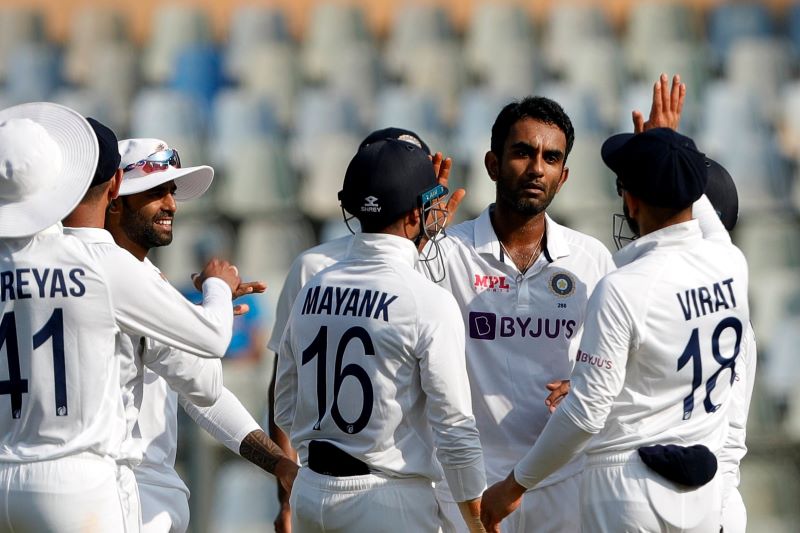 Mumbai/IBNS: The brilliant performance by Kiwi spin bowler Ajaz Patel, who clinched perfect 10 in the first innings, went in vain as New Zealand were decimated by India by 372 runs in the second Test at the Wankhede Stadium here on Monday.

Chasing a mammoth target of 540 set by India, New Zealand batting collapsed in the second innings, much like the first, scoring only 167 in 56.3 overs.

Daryl Mitchell (60 off 92 balls) and Henry Nicholls (44 off 111 balls) were the top scorers for the visitors whose scorecard looked miserable in the Test.

Earlier in the first innings, Ajaz Patel's 10 wickets had restricted India, powered by Mayank Agarwal's 150, to 325.

In the second innings too, Patel glittered and picked four more wickets to become the highest wicket-taker in the match.

Within a few hours since Patel tamed the Indian batters, Virat Kohli's bowlers stunned New Zealand bowling them out for just 62 in 28.1 overs.

With the win, India won the two-match Test series 1-0.