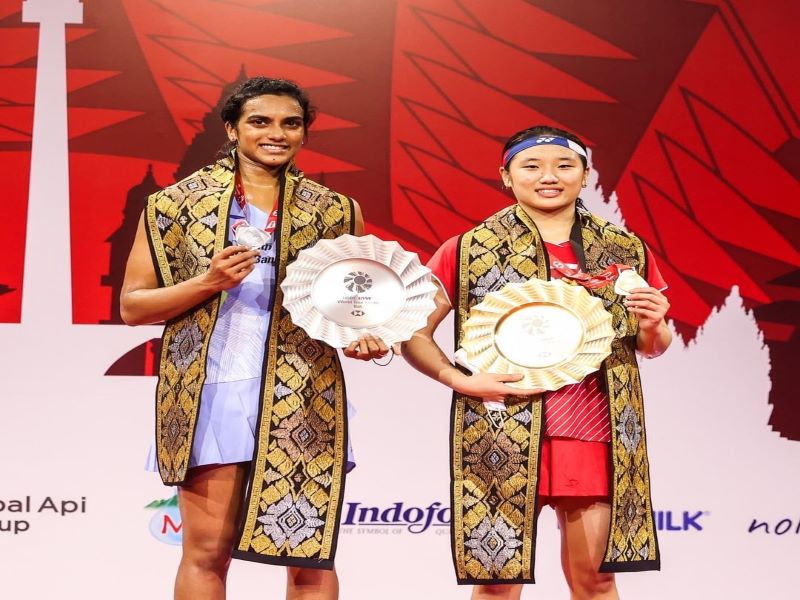 This was Sindhu’s third final appearance at the year-end tournament, having won the title in 2018.

The Korean has come to this mega tournament with three back-to-back title wins; Indonesia Masters, Indonesia Open and Denmark Open.

An Seyoung looked much in control of the match since the beginning of the game, reaching 4-0 early lead. Sindhu earned a few points by targeting Seyoung with her smashes but that wasn’t enough for her as the Korean took 6 points advantage at the mid-game break.

Sindhu had a late surge as she saved three game points, but Seyoung was too good in the game and walked away with the opening set, 21-16.

After the change of sides, Sindhu found her rhythm and gave a stiff challenge to the Korean. The scores were tied at 6-6 but few unforced errors from Sindhu handed easy points to Seyoung.

A 36-shot rally also ends with Sindhu hitting the net and the Korean went on to the breather with three points advantage, 11-8.

Sindhu took a few points but that wasn’t enough for her to save the match, as Seyoung anticipated Sindhu’s returns by finding tight angles at the net and sealed the deal with 9 match points, 21-12.

The Korean teenager claimed her maiden World Tour title after her convincing win over the reigning world champion in the final.

Sindhu will next be in action in the BWF World championships scheduled to take place from December 12 to 19 in Huelva, Spain.