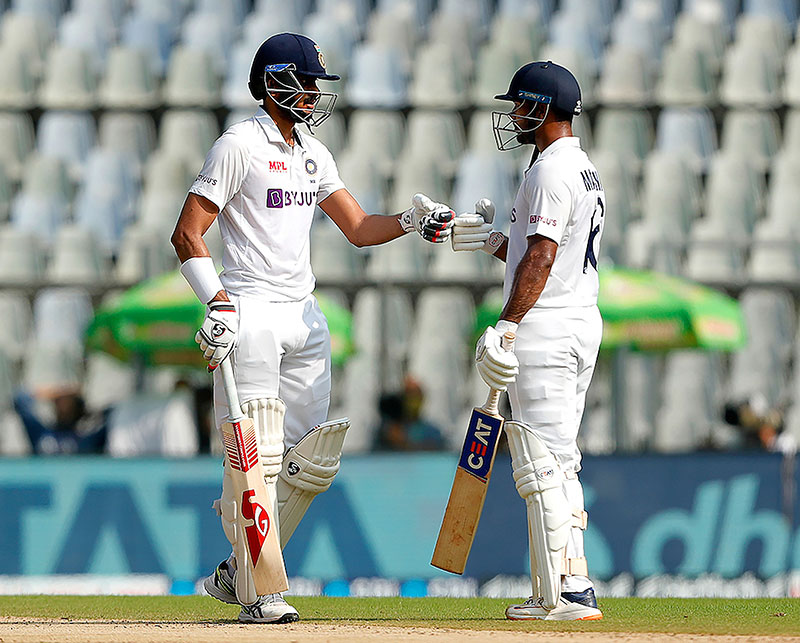 Mumbai: R Ashwin picked up four wickets and other Indian bowlers dominated as New Zealand were bowled out for 62 runs in their first innings of the second Test here on Saturday, taking a handsome lead of 263 runs.

Kyle Jamieson remained the top scorer for Kiwis with his 17 runs.

The remaining batting lineup surrendered in front of the Indian attack.

Ajaz Patel's record of picking 10 wickets in an innings helped New Zealand to bowl out India for 325 despite a massive innings by Mayank Agarwal in the second Test at Wankhede Stadium here on Saturday.

Axar Patel, who batted down the order, slammed 52 off 128 balls, giving support to Agarwal on the second day of the Test.

Apart from the two, opener Shubman Gill scored 44 off 71 balls.