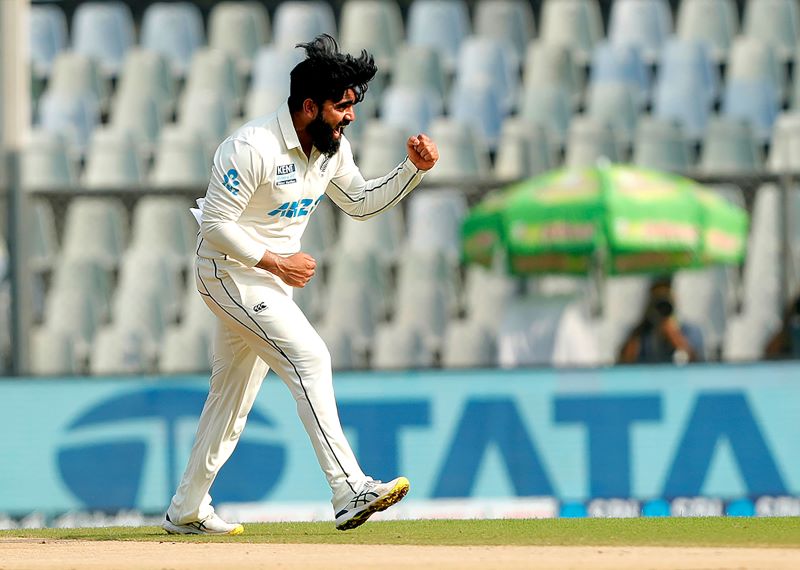 Mumbai/IBNS: Ajaz Patel's record of picking 10 wickets in an innings helped New Zealand to bowl out India for 325 despite a massive innings by Mayank Agarwal in the second Test at Wankhede Stadium here on Saturday.

Axar Patel, who batted down the order, slammed 52 off 128 balls, giving support to Agarwal on the second day of the Test.

Apart from the two, opener Shubman Gill scored 44 off 71 balls.

Among 10 wickets, Patel's dismissal of Indian skipper Virat Kohli was, however, controversial as both on-field and television umpires gave him leg-before out while the ball seemed to have kissed the bat before the pad.

Patel became the third bowler in the world after Jim Laker and Anil Kumble to pick 10 wickets in an innings.