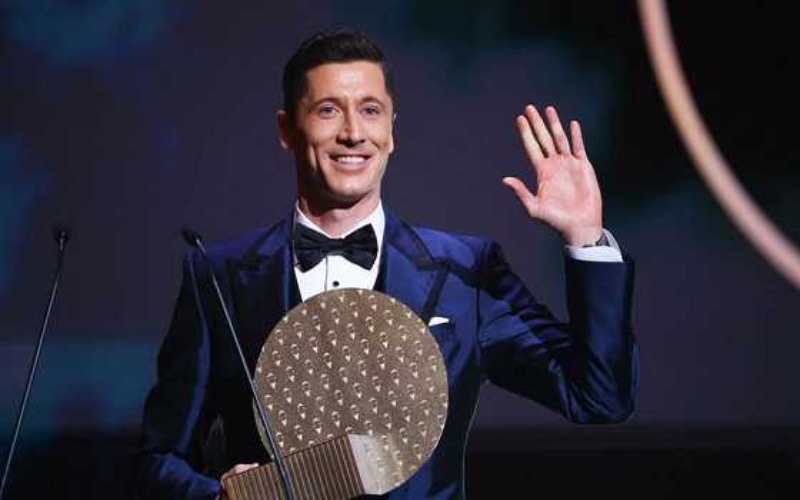 The 33-year-old won the award at the ceremony held in Paris on Monday after having accomplished a new single season Bundesliga netting record of 41 goals.

"It's an honour to be here with you today. You broke records and you would have deserved to win the Ballon d'Or. You had an unbelievable year," he said.

The award was announced and granted by retired Cote d'Ivoire and Chelsea striker Didier Drogba.

Lewandowski scored 48 goals in 40 appearances for Bayern in all competitions last season.