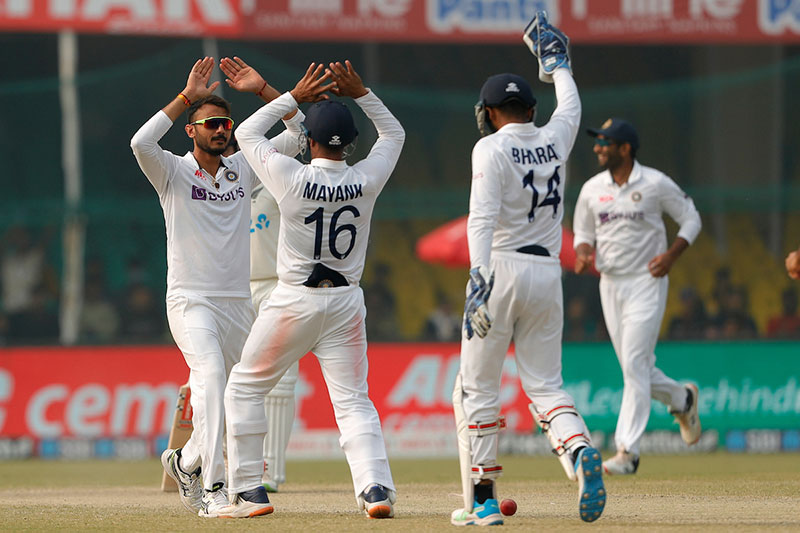 Kanpur/IBNS: India fell short of clinching one wicket to register their win over New Zealand in the first Test which ended in a nail-biting draw with the visitors somehow managing to avoid a defeat.

Chasing a 284 as target, New Zealand successfully won the first session of day five but kept losing wickets post lunch to score 165/9, when the play was called off owing to poor light.

After Tom Latham, who missed his century in the first innings narrowly, was sent back by Ravichandran Ashwin for 52 following the departure of Kiwi skipper Kane Williamson (24 off 112 balls), the visitors kept on losing wickets at regular intervals.

However, the flood of wickets was resisted by Rachin Ravindra (18 off 91 balls) and Azaj Patel (two off 23 balls), who braved the pressure from Indian bowlers and fielders to deny Ajinkya Rahane a sweet victory.

When he was asked whether the declaration of their second innings was a bit late on day four, Rahane said he wouldn't have done anything different as the team needed to put runs on the board.

Shreyas Iyer, who had a dream debut with a hundred in the first innings and a 65 in the next, has been adjudged as the player of the match.

"My mindset was just to play the sessions and play as many  balls as possible," the right-handed batsman said after the match.