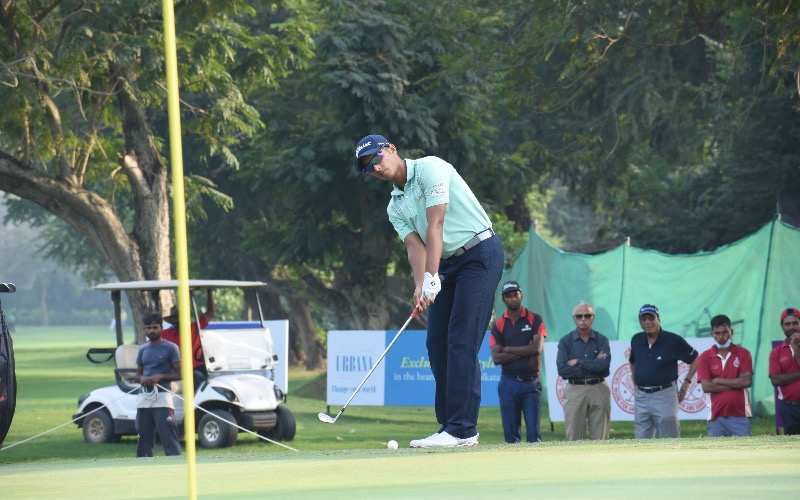 The 20-year-old Kaul (69-65-70-72), who was the overnight leader by one shot, maintained the lead spot through the day after getting out of trouble on several occasions.

He ended up with a tournament tally of 12-under 276 to prevail by one shot.

Local lad Sunit Chowrasia (71-68-71-70) had the best finish among the Kolkata golfers as he took fourth place at eight-under 280.

On the course to his victory, Kshitij Naveed Kaul had an early setback when he bogeyed the third.

The ever-smiling Kaul, who hardly displays any emotions on the course, made some outstanding recoveries from the rough claiming birdies on the fourth and fifth and stretched his lead to three shots.

The six-foot tall Kshitij, playing his third season on the PGTI, swung a brilliant bunker shot on the 11th to set up a tap-in and save par. A couple of erratic iron shots then resulted in bogeys for him on the 12th and 13th as his lead came down to just one shot.

Kaul wrested the initiative as he produced another bunker shot on the 15th for a tap-in birdie.

He further went on to sink a four-feet pressure putt on the 18th to claim the title. 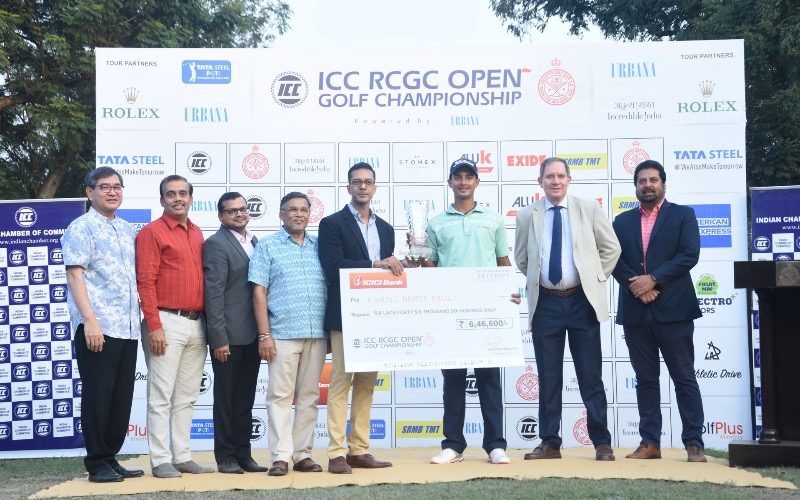 Kshitij said, “I wanted to go as low as I could but I made a few mistakes today. Nonetheless, I made some good short putts and managed to pull off birdies from tough spots. I recovered really well from the rough and the bunker on more than one occasion and that too at key moments.

“Even when my lead came down to just one shot, I didn’t change anything and continued to play in my natural aggressive style. Just before making the winning putt, a four-footer for par, I was mindful of the fact that in Pune too I made a four-feet conversion to win back in 2019. So I addressed the ball with that positive thought.

“I’ve been pretty consistent this season and this win is a result of that consistency,” added Kaul, who took home the winning cheque worth Rs. 6,46,600 to move up from 19th place to 14th position in the PGTI Order of Merit.

Ankur Chadha was Kshitij’s nearest challenger for the title through the day.

Ankur made two birdies and a bogey to end up along with Sunit Chowrasia to shoot four sub-par rounds.

Chadha, struggling to find fairways through the day, kept himself in contention with his putting.

Ankur recovered from the trees and made a 25-feet birdie conversion on the 16th to get within one shot of the lead. However, he could not convert from long range on the 17th and 18th to catch up with Kaul.

He narrowly missed his 25-feet birdie putt on the 18th.

Angad Cheema did not recover after his three bogeys early on took him to one-over for the day at the turn. He made pars all the way till the end.

The Pro-Am Team Championship that ran concurrently with the main event declared its winner on the basis of the cumulative scores of Wednesday, Saturday and Sunday. 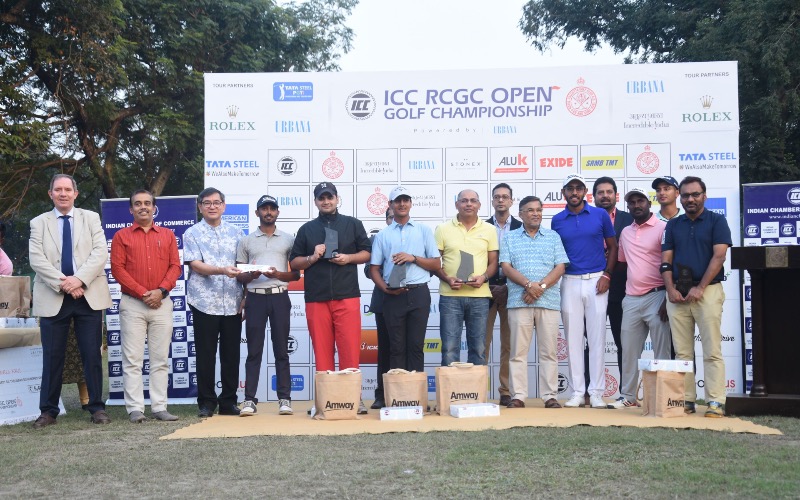