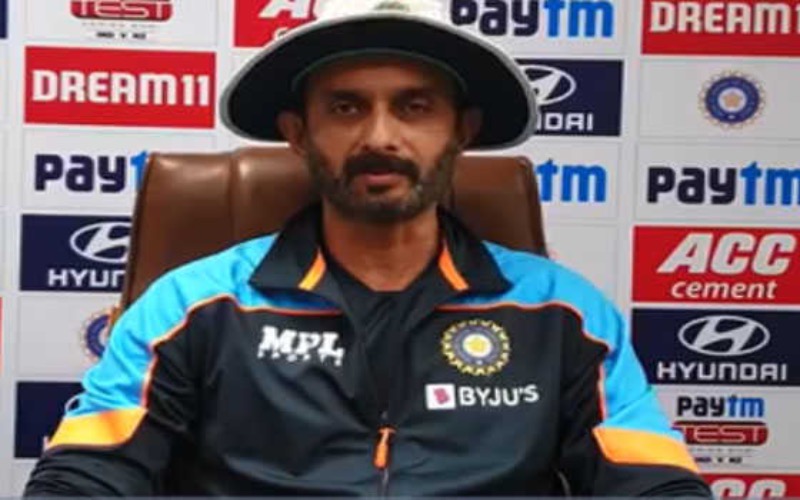 Rahane, Pujara will bounce back, play important knocks for us: India batting coach

Kanpur/UNI: India batting coach Vikram Rathour Sunday backed Ajinkya Rahane and Cheteshwar Pujara, who are "going through a lean phase", saying that they will bounce back and play important knocks for the team in the future.

The experienced batting duo of Rahane and Pujara have represented India in 78 and 90 Test matches respectively.

However, both have failed to deliver in the ongoing first Test against New Zealand here at Green Park in Kanpur.

Rahane and Pujara scored a tally of 35 and 26 in the first innings, followed by 4 and 22 in the second innings.

"We obviously want the top-order to contribute. They (Rahane and Pujara) have the experience. They have done well for us in the past," Rathour said in the virtual press conference after stumps on Day 4.

With both Rahane and Pujara not being able to deliver and Virat Kohli slated to return to lead India in the second Test in Mumbai, questions arose as to who will make way for the regular skipper Kohli.

When enquired about it from the India batting coach, Rathour said that the think tank will decide once the team lands in Mumbai.

"It depends on the situation and what the team requires. We will reach that point when we land in Mumbai. Our focus is on this Test (at Kanpur) right now," Rathour said.

With the top-order not being able to live up to the expectations of team management, the middle and lower-middle order stepped in for India on Day 4, setting a target of 284 runs for the Black Caps.

Shreyas Iyer, who registered a century in the first innings, carried the momentum in the second innings and scored 65 off 125 balls.

"It is exciting when a debutant comes in and scores a hundred. He (Iyer) was better in the second innings. He's a confident young guy. We keep telling them to back their abilities and strengths, he said.

Apart from Iyer and Saha, Ravichandran Ashwin and Axar Patel too held India from one end.

While Ashwin scored 32, Patel remained unbeaten on 28 before India declared in the final session.