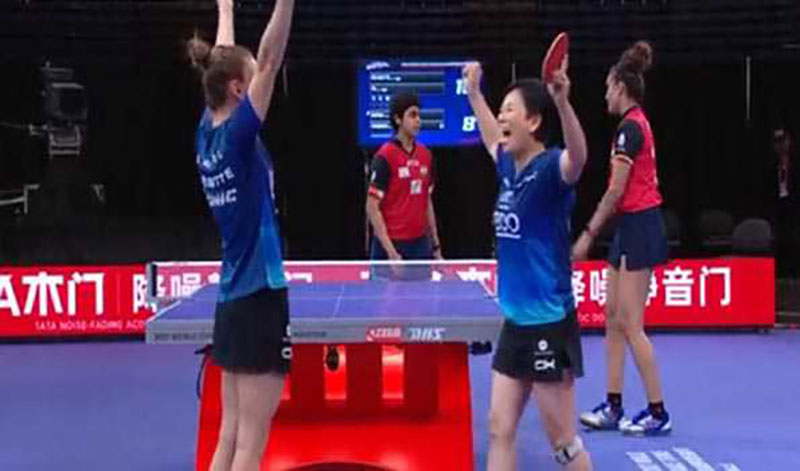 Houston/UNI: Indian campaign ended at the World Table Tennis Championships Finals here on Sunday as the mixed pair of Manika Batra and Sathiyan Gnanasekaran and the women’s duo of Archana Kamath and Manika Batra missed out on an opportunity to script history after suffering a defeat in their respective quarterfinal matches.

Indian paddlers have been in good form lately and should gave some promising performances at the table tennis world championships. After registering some comfortable victories at the early stage, India’s campaign fell short in the quarterfinal.

Star Indian paddler Manika had a double opportunity to create a history at WTT worlds, but she didn’t manage to capitalise on the opportunity and missed out a medal by a whisker.

In the women’s doubles quarterfinal, the team comprising of Manika and Archana Kamath lost to the duo of Sarah de Nutte and Ni Xia Lian of Luxembourg in a one-sided contest by 0-3(1-11, 6-11, 8-11).

No Indian paddler has won world championships medal since in 1926. Indian men's team played the semi-final in the inaugural edition of World Table Tennis Championships in London, England in both singles and team championships.

India bagged two medals way back in 1926; one in men’s singles by S.R.G. Suppiah and the other by the men’s team comprising of A.A. Fayzee, A.H. Fayzee, A.M. Peermohamed and B.C. Singh.