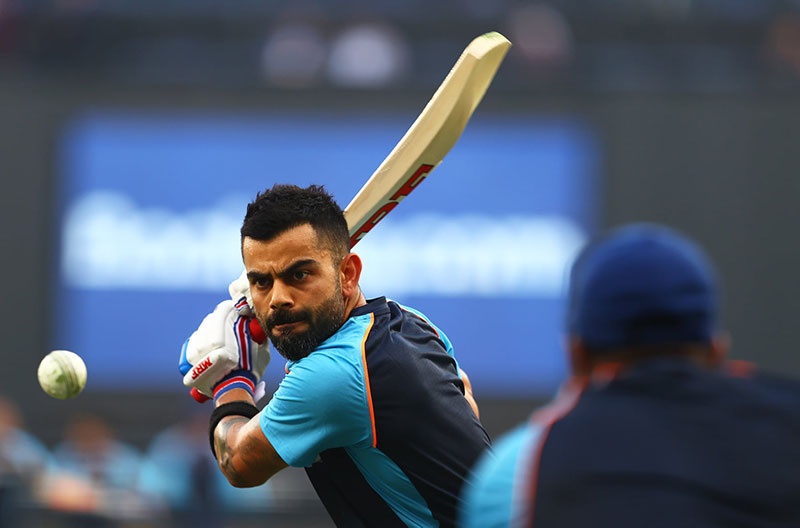 New Delhi/UNI: Board of Control for Cricket in India (BCCI) treasurer Arun Dhumal on Saturday assured that the Indian cricket board is closely monitoring the situation in South Africa, where a new COVID-19 variant has been found, and would take a call on sending the national team while keeping in mind the health and safety of players.

The National Department of Health of South Africa announced that "a new variant of the COVID-19 virus has been discovered in South Africa."

Subsequently, the World Health Organisation (WHO) called SARS-CoV-2 variant B.1.1.529 as a "variant of concern".

The new coronavirus variant has been named 'Omicron'.

"BCCI is closely monitoring the situation. We will see what needs to be done. Operation teams are in touch with each other and whatever decision has to be taken, it will be keeping in mind the health and safety of the players," Dhumal told UNI.

"If there is a need for that (postponing the tour) we will look into it. 'India A' team is already there so we are closely watching and with regard to the senior team we will take a call."

Currently, India A team is in Bloemfontein for a three four-day match series.

When asked whether the BCCI will call India A team back owing to the outbreak of coronavirus, Dhumal said the team is safe in a bio-bubble environment.

However, he hinted that if the situation arises to make arrangements to bring India A team back then it will be taken.

"They (India A) are in a secure bio-bubble as of now. They are all safe, but if need be then a decision would be taken," Dhumal asserted.

The WHO classified Omicron, which has been found in South Africa, Hong Kong, Israel and Botswana, as a “highly transmissible virus of concern” and in a bid to contain the threat from the new COVID-19 variant, countries around the world are imposing travel bans.

Omicron has hit other international sporting events too, with the FIH Hockey Women’s Junior World Cup 2021 put on hold.

The premier event was scheduled to take place in Potchefstroom, South Africa between Dec 5 and 16.

The bilateral three-match ODI series between the Netherlands and South Africa too has been deferred.

The ICC announced that the Women’s Cricket World Cup Qualifier 2021 in Harare has been called off due to the travel restrictions from a number of African countries, including the host country Zimbabwe, following the outbreak of a new COVID-19 variant in Southern Africa.