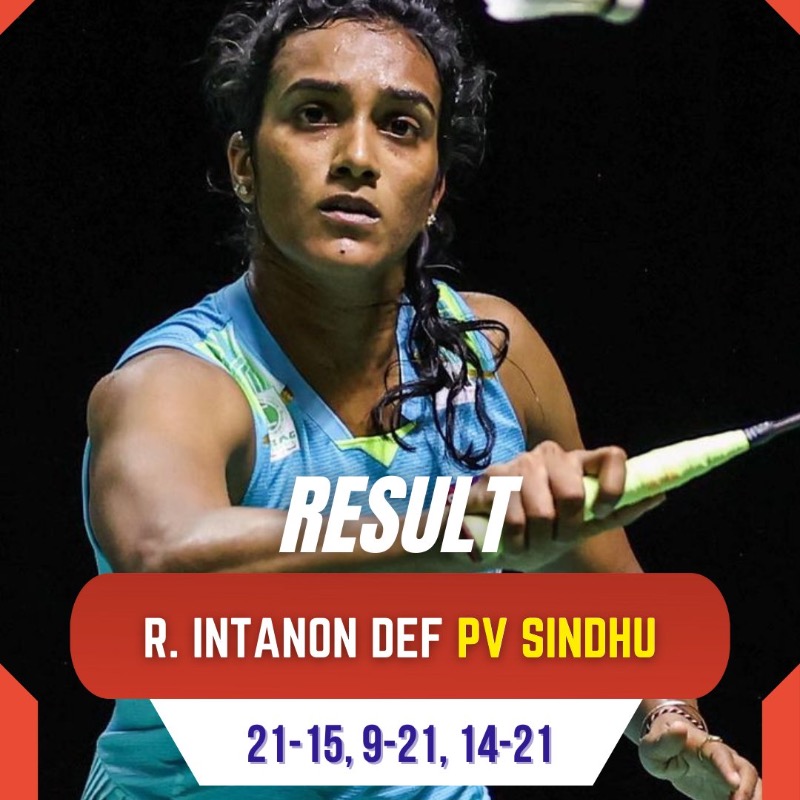 The ace Indian shuttler, who was seeded third, had a fine start with a healthy 7-3 lead; Ratchanok hit back with three consecutive points and managed to reduce the score board deficit.

Nearing the break, Sindhu was leading with 11-9 and continued her momentum post break taking an extended lead of 15-11.

Intanon earned a couple of points but Sindhu kept her energy high and took a five-point lead at 18-13. Inatnon tried hard to turn the table but she hit a long back and Sindhu pocketed the first game with 21-15.

Taking four-straight points, the Thai shuttler took up a 5-2 early lead in the second game.

Intanon looked very much in control as she maintained her rhythm and went onto the mid-game interval with 11-7 lead.

Post interval, Intanon strengthened her grip and turned tables in her favour by securing the second game forcing the match into the decider.

In the decider game, Sindhu took two early points due to the Thai stars errors but Intanon made up by equalizing the scoreboard to 2-2.

Later, five points in a row opened an 8-4 lead for Intanon that created trouble for Sindhu.

At the time of break, the scoreboard was 11-5 in favour of the Thai shuttler.

With the game at 16-9, Sindhu tried to cling on to the match with four straight points and reduced the lead to 16-13, but that wasn’t enough for the Indian to save the match, as Intanon broke Sindhu’s momentum by taking two points and made it impossible for her to bounce back.

With seven match points, Itanon emerged victorious at 21-14 and paved the way leading to the title clash.

Intanon will now face the fourth-seed An Se-young of South Korea in the final who earlier in the day defeated Thailand's Pornpawee Chochuwong by 21-19, 21-19.