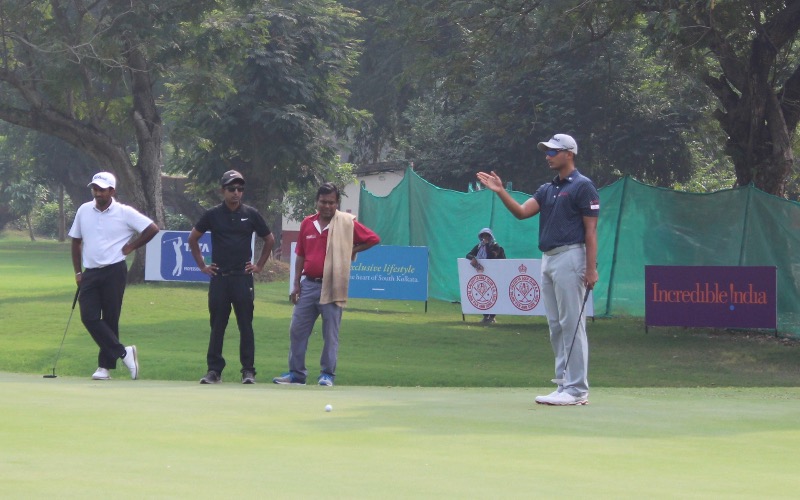 Earlier in the day, cricket legend Kapil Dev came down to the RCGC here to support the field sport he took up passionately, post retiring from cricket.

Panchkula's Angad Cheema (68-68), part of the five-way lead in round one, shot a second consecutive 68 to occupy second place at eight-under 136.

Gurugram lad Ankur Chadha (68-69), a joint leader in round one, ended round two in third place at seven-under 137 following his 69 Friday.

Kshitij said, “It’s great to have made nine birdies today. The big difference between yesterday and today’s round was that my ball-striking was better today and I also converted some long putts. I came back well after those two bogeys in the middle of the round."

Sunit Chowrasia was the highest-placed Kolkata golfer who tied eighth at five-under 139. His second round 68 included four successive birdies on the front-nine.