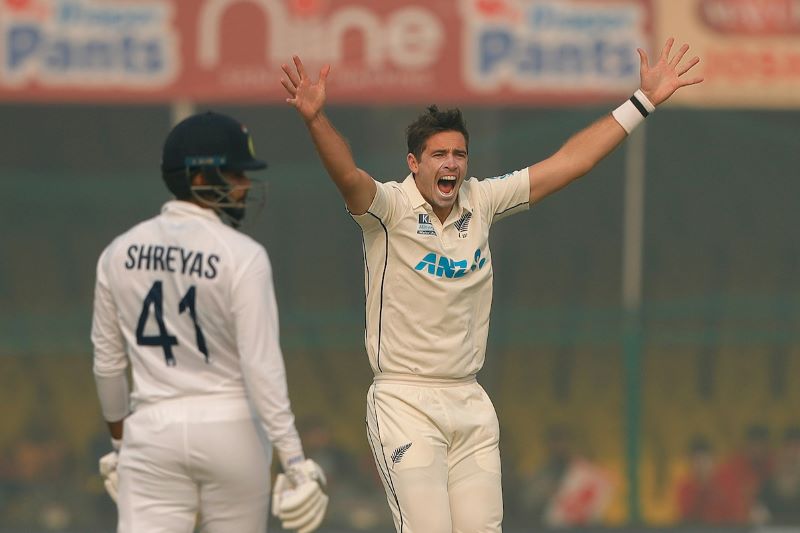 Kanpur/IBNS: Kiwi pace bowler Tim Southee attained a five-wicket haul after Shreyas Iyer slammed his debut Test hundred in the first session on day two of the inaugural Test between India and New Zealand with the hosts finishing at 339/8 at lunch.

After India lost wickets in quick succession, it was Ravichandran Ashwin who held the innings together and played his strokes looking for a formidable first innings total for India.