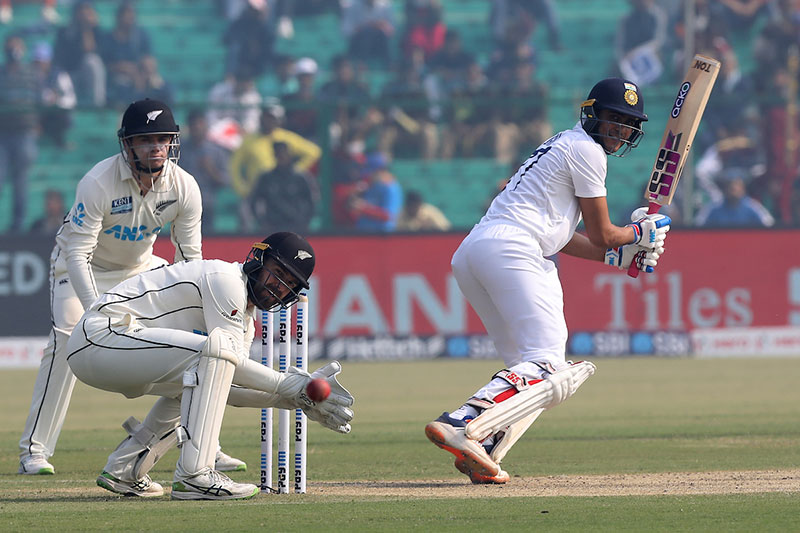 Kanpur/IBNS: Riding on Shubman Gill's unbeaten half century, India scored 82 losing one wicket at lunch on day one of the maiden Test match in a bilateral series against New Zealand here on Thursday.

Gill remained not out at 52 off 87 balls, hitting five fours and one six.

Along with Gill, Cheteshwar Pujara is at the crease scoring 15 off 61 balls.

Mayank Agarwal (13) was the only wicket to fall.