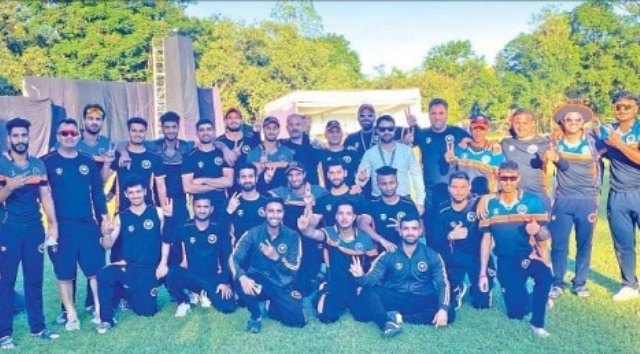 After bundling out Kerala for 128 run total, J&K achieved the target in the 38th over for the loss of six wickets.

Earlier batting first, Kerala got all out for 128 runs in 34.3 overs, failing to utilise the full quota of 50 overs.

For Kerala, Ananthakrishnan with 35 and Sachin Suresh with 21 were top scorers.

The union territory team achieved the target in 37.4 overs for the loss of six wickets.

Kerala's A Scaria and Ananthakrishnan took one wicket each.

J&K bagged four points from the match and now stand at second place with eight points from two matches on the table.

Currently, the West Bengal team stands at top of the table with eight points.