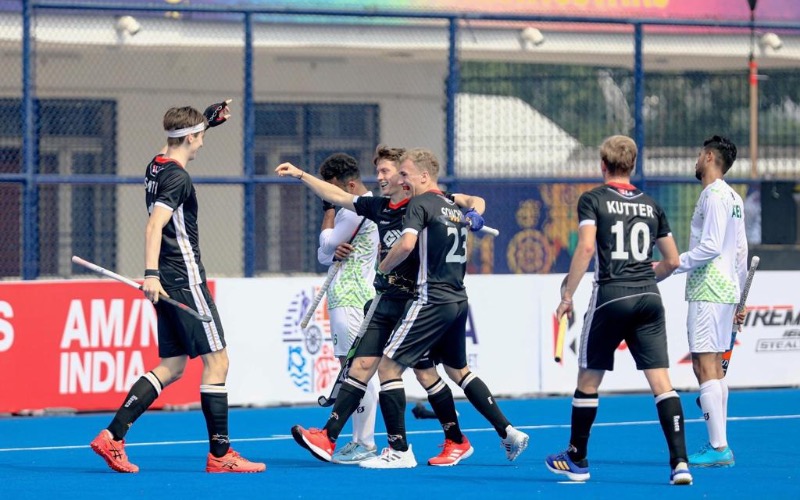 Robert Duckscheer scored a brace to give the Germans a winning start in the Pool D match against Pakistan.

Since the start of the game, six-time world champion Germany showcased their dominant form with an early lead after scoring twice in the first quarter.

Struthoff Michel and Robert Duckscheer scored a goal in the first and fourteenth minutes respectively, giving Germany a 2-0 lead over Pakistan.

Abdul Shaheed broke a deadlock for Pakistan by scoring in the 18th minute of the game, but the German side scored again in the very next minute through Siegburg Maximilian.

By the end of the second quarter, Germany was leading with 4-1. No change in scoreline was witnessed in the third quarter.

Pakistan tried to change momentum with Hammadudin Muhammad’s late push back in 49th minute, but that wasn’t enough to turn the tables.

Duckscheer showed his class in the 54th minute and sealed the deal for Germany, he was also awarded player of the match for scoring two goals.

Germany will look to continue their winning run when they face Argentina on November 26, while Pakistan will be eying their first win on November 27 against Egypt.