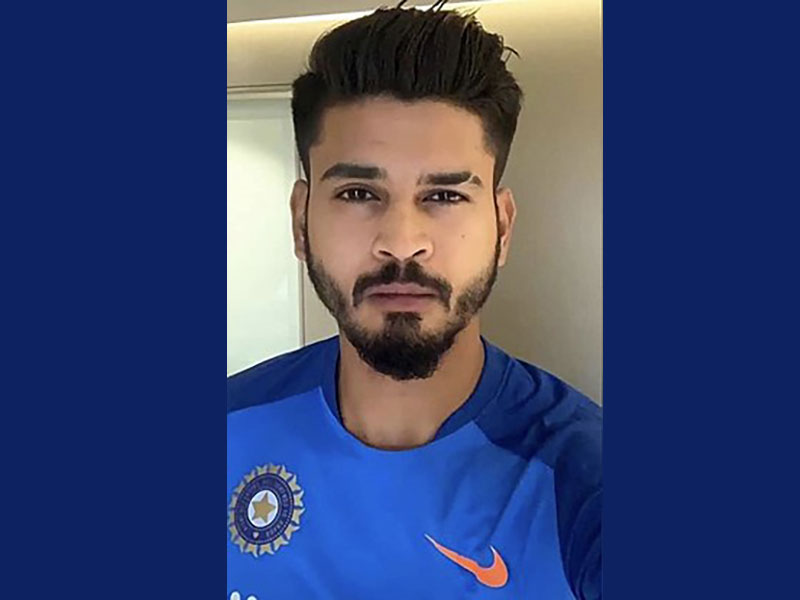 Kanpur/UNI: Shreyas Iyer is all set to make his Test debut for India against New Zealand in the first game at Kanpur, Ajinkya Rahane confirmed on Wednesday.

India will take on New Zealand in the first Test from November 25 to 29 followed by second game in Mumbai between December 3-7. The series is part of the ICC World Test Championship.

The middle-order batter, Iyer, played all three T20Is against the Kiwis. He was handy with the bat in the final match and impressed with his fielding skills too.

"Shreyas is going to make his debut tomorrow. Unfortunately, KL is injured and not part of the series so yeah," Rahane, who will lead India, said on the eve of the match at a virtual press conference.

India wicket-keeper batter KL Rahul was ruled out of the two-match Test series after sustaining a muscle strain on his left thigh.

He will subsequently undergo rehabilitation at National Cricket Academy (NCA) to prepare for the series against South Africa, which is scheduled in mid-December.

“See, it's a big blow. KL Rahul is not available for these two Test matches," he said.

"He did really well in England. He was in good form in T20s and played really well. Obviously, we'll miss him but we have guys who can fill that slot, guys who did well for us in the past. Not too worried about the opening slot," Rahane noted.

Besides Rahul, India will be without the services of regular captain Virat Kohli, Rohit Sharma and Rishabh Pant. Kohli will join the team for the second Test in Mumbai, while Rohit and Pant are rested following the three-match T20I sweeping against New Zealand.

While Rahane admitted the team will miss the trio, he stressed that the absence of regular players will give an opportunity to young blood to play at a big stage with freedom.

"First of all, we will miss these three guys (Virat Kohli, Rishabh Pant and Rohit Sharma). But it is a good opportunity for all the youngsters to play, whoever gets an opportunity, they will look to play with freedom. Rahul (Dravid) bhai is actually backing each and every individual. This team is all about backing one another."

Talking about the preparation for the World Test Championship against New Zealand, Rahane said that the team got five days in Mumbai to overcome spin and bounce before having two practice sessions in Kanpur to acclimatise to the conditions.

"Preparation has been really good. We got five days in Mumbai which I think were really good. It was all about how to conquer spin and bounce, what sort of shots we need to play here.

"Obviously wickets in Mumbai and here in kanpur are completely different but idea was to just get used to pace and bounce, spinning conditions and then back ourselves. We had two practice sessions in Kanpur so we got a bit of an idea how the wicket will behave. We all are ready to play starting from tomorrow."

"We are happy with the pitch. I don't know how the wicket will behave. Whatever I saw I am happy with it. From tomorrow we have to adjust to whatever the wicket is, to the conditions and play accordingly," he said.