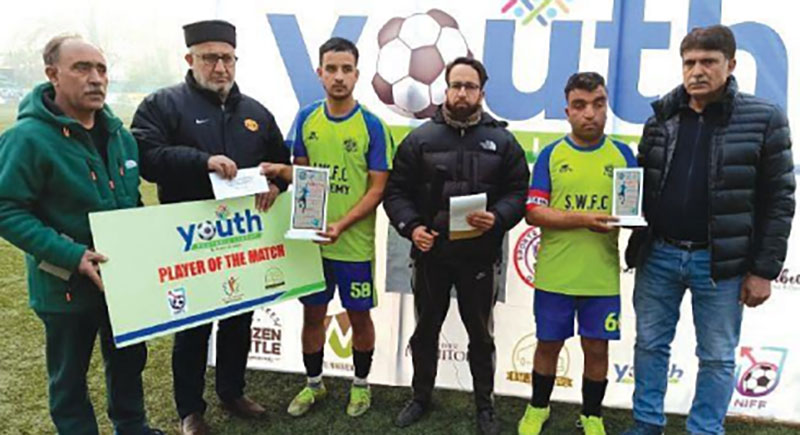 Srinagar/IBNS: In Tuesday's first match under the NIFF Youth Football League, Bandipora FA and Barbarshah FA secured a goal each to draw the match with a scoreboard of 1-1 in Synthetic Turf Football Stadium, Srinagar.

Zahir Saleem of Bandipora was awarded player of the match by B A Malik, Chairman NIFF.

The second match of the day was played between Baramulla FA and Eidgah FA which ended 5-0 in favour of the former side.

Suhail Khurshid received the second player of the match award.

The league is an NIFF initiative taken for providing a platform to junior age group players.

The Youth Football League is being organised by NIFF J&K in collaboration with J&K Sports Council.