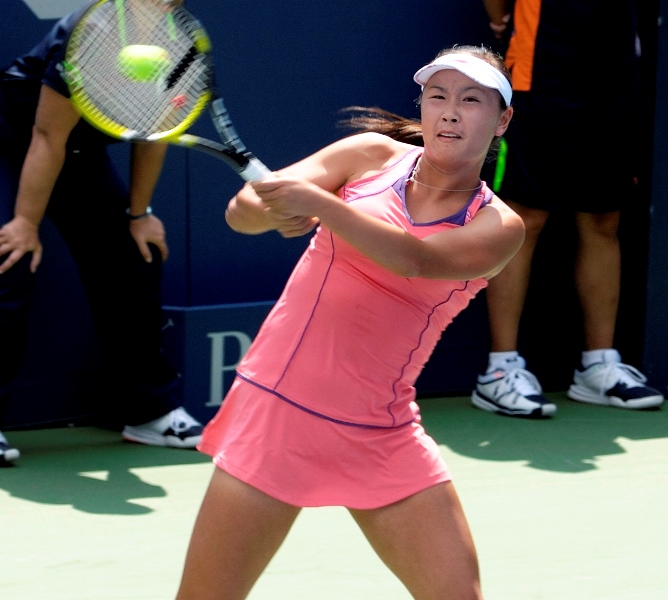 The Women's Tennis Association on Monday said a video call between the International Olympic Committee president and Chinese Tennis player Peng Shuai is 'unclear' to ascertain that she was 'free' and able to make her own decisions.

"I am glad to see the videos released by China state-run media that appear to show Peng Shuai at a restaurant in Beijing.  While it is positive to see her, it remains unclear if she is free and able to make decisions and take actions on her own, without coercion or external interference," Steve Simon, WTA Chairman & CEO, said in a statement.

"This video alone is insufficient," the WTA Chairan said.

"As I have stated from the beginning, I remain concerned about Peng Shuai’s health and safety and that the allegation of sexual assault is being censored and swept under the rug," Steve Simon said.

"I have been clear about what needs to happen and our relationship with China is at a crossroads,” he said.

Peng Shuai, whose disappearance from public view had raised media speculation, has confirmed she was safe and well in a video call with Thomas Bach, President of the International Olympic Committee (IOC), the organisation reported.

Chair of the IOC Athletes' Commission, Emma Terho, and IOC Member in China Li Lingwei also on Sunday participated in the conversation.

"At the beginning of the 30-minute call, Peng Shuai thanked the IOC for its concern about her well-being. She explained that she is safe and well, living at her home in Beijing, but would like to have her privacy respected at this time," the statement said.

The committee noted that Peng preferred to spend time with her family, but planned to remain involved in tennis.

"I offered her our support and to stay in touch at any time of her convenience, which she obviously appreciated," Terho added.

The post was immediately deleted, Peng's accounts were removed from the Chinese social networks and the athlete stopped communicating, sparking concerns for her safety.

Several countries, including the United Kingdom and the United States, have demanded Beijing provide verifiable evidence of Peng's safety and whereabouts.

The global tennis community also joined the demands and called for a full and impartial investigation into the allegations of sexual assault by the former vice-premier.