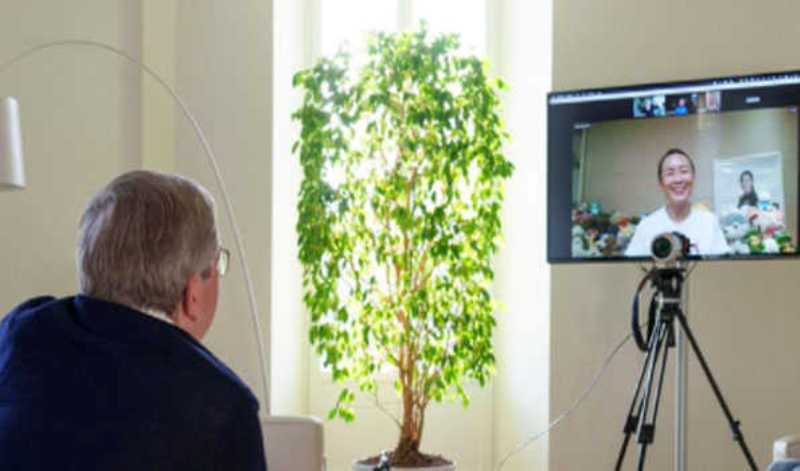 Geneva/UNI/Sputnik: Chinese tennis player Peng Shuai, whose disappearance from public view had raised media speculation, has confirmed she was safe and well in a video call with Thomas Bach, President of the International Olympic Committee (IOC), the organisation reported.

Chair of the IOC Athletes' Commission, Emma Terho, and IOC Member in China Li Lingwei also on Sunday participated in the conversation.

"At the beginning of the 30-minute call, Peng Shuai thanked the IOC for its concern about her well-being. She explained that she is safe and well, living at her home in Beijing, but would like to have her privacy respected at this time," the statement said.

The committee noted that Peng preferred to spend time with her family, but planned to remain involved in tennis.

"I offered her our support and to stay in touch at any time of her convenience, which she obviously appreciated," Terho added.

According to the publication, at the end of the conversation, Bach invited Peng for a dinner during his forthcoming visit to Beijing next January, which the tennis player accepted. The meeting is also expected to be attended by Terho and Li.

The tennis star disappeared from public view after publishing on November 2 a statement on Weibo, China’s Twitter-like social media platform, accusing the former Chinese vice-premier, 75-year-old Zhang Gaoli, of sexually assaulting her. The post was immediately deleted, Peng's accounts were removed from the Chinese social networks and the athlete stopped communicating, sparking concerns for her safety.

Several countries, including the United Kingdom and the United States, have demanded Beijing provide verifiable evidence of Peng's safety and whereabouts. The global tennis community also joined the demands and called for a full and impartial investigation into the allegations of sexual assault by the former viceipremier.

On Sunday, the tennis star finally appeared in public for the first time in several weeks at the opening ceremony of a teenager tennis match final in Beijing.