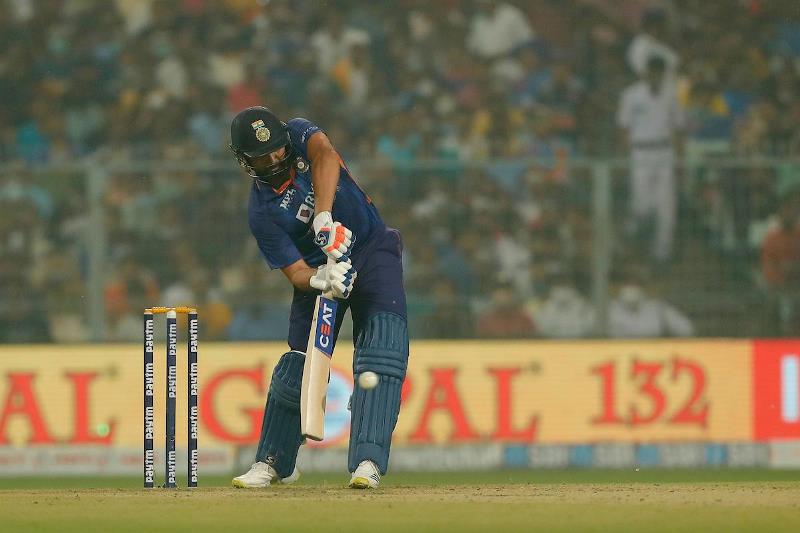 Kolkata/IBNS: A captain’s knock by Rohit Sharma and cameos from tail enders helped India to post a formidable total of 184/7 in 20 overs in the third bilateral T20 match against New Zealand at the Eden Gardens here on Sunday.

In absence of KL Rahul, who was rested, openers Sharma and Ishan Kishan gave an ideal start to the Indian innings.

Beginning with two boundaries in the first over, Sharma, backed by his younger partner, put 69/0 in the power play (six overs).

The dream start was ultimately halted by Mitchell Santner, who sent back Kishan to the dugout for 29.

Santner, who picked three wickets for 21, spared almost no time for Suryakumar Yadav to settle down as the right handed batsman was dismissed for a duck.

Though Sharma, who scored 56 off 31 balls, was going strong in a bid to help India score 200 in 20 overs, he was left alone by wicketkeeper-batsman Rishabh Pant, who once again played a poor shot to become a victim.

After Sharma was caught and bowled by Ish Sodhi, the innings was carried forward by Shreyas Iyer (25 off 20 balls) and Venkatesh Iyer (20 off 15 balls), who were dismissed back to back in between 16th and 17th overs.

Then came a couple of cameos, Harshal Patel’s 11-ball 18 runs and Deepak Chahar’s 21 off eight balls, from the tail enders to help India go past 180 in a bid to win the series 3-0.