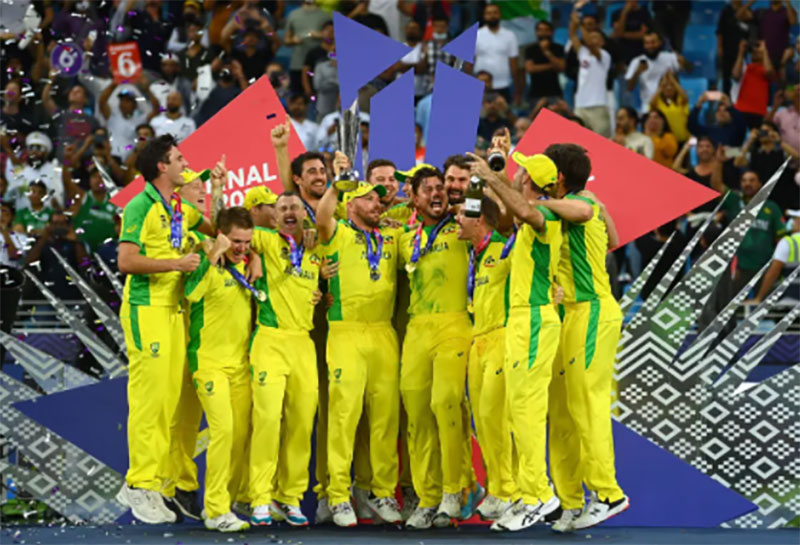 Islamabad: Pakistan, a nation where international cricket was not held for several years following terror attack on Sri Lankan team bus, will host Champions Trophy in 2025, as per schedule announced by International Cricket Council on Tuesday.

This is a first time USA will host a major ICC World Cup event.

South Africa, Zimbabwe, Namibia will be hosting the 2027 50-over World Cup.

India will arrange the Champions Trophy in 2029.

England, Ireland and Scotland will host the 2030 T20 World Cup.

The 2031 edition of the 50-over World Cup event will be arranged by India and Bangladesh jointly.

The USA and Namibia will host an ICC World Cup event for the first time. Whilst Australia, Bangladesh, England, Ireland, India, New Zealand, Pakistan, Scotland, South Africa, Sri Lanka, West Indies and Zimbabwe have previously staged major events and will do so again over the next decade.

The hosts were selected via a competitive bidding process overseen by a Board sub-committee chaired by Martin Snedden along with Sourav Ganguly and Ricky Skerritt.

The ICC Board accepted the recommendations of the committee who conducted a thorough review of each bid along with ICC management.

A similar process to identify the hosts for ICC Women’s and U19s events for the next cycle will be undertaken early next year.

ICC Chair Greg Barclay said: “We are delighted to have concluded this competitive bidding process for the first time for ICC events. To have 14 Members hosting 8 events is a reflection of the truly global nature of our sport and I’d like to thank every Member that submitted a bid and offer our congratulations to the successful bidders."