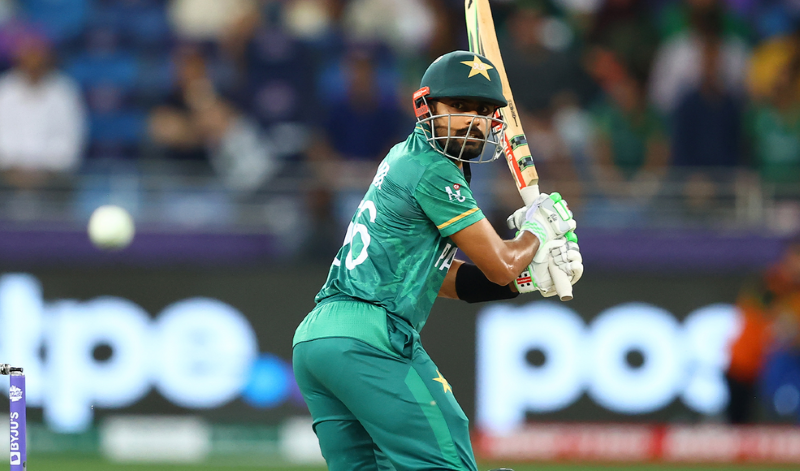 Dubai/IBNS: Pakistan captain Babar Azam, who was on fire with the bat in the T20 World Cup  2021, has been named the skipper of International Cricket Council (ICC) Upstox Most Valuable Team of the tournament.

This comes in the backdrop of a controversy stirred after Australian player David Warner was given the Player of the Tournament award while Azam was the top scorer in the tournament.

Stars from champions Australia, runners-up New Zealand, semi-finalists England and Pakistan as well as Sri Lanka and South Africa feature in the star-studded line up.

Opening batter David Warner, leg-spinner Adam Zampa and seamer Josh Hazlewood all make the cut for Australia after steering their side to their maiden ICC Men’s T20 World Cup title.

The side was pulled together by a selection panel featuring commentators, former international players and journalists Ian Bishop (Convenor), Natalie Germanos, Shane Watson, Lawrence Booth - of Wisden, the Daily Mail and Mail on Sunday - and Shahid Hashmi of Agence France Presse and ARY Channel.

Ian Bishop said, "As with any team selection there will be varying opinions, and robust discussion on the final composition of the squad. The panel respects that, and we encourage the strong debate that will ensue.

"This team was incredibly difficult to select over such a highly competitive tournament. Selections were based predominantly on the Super 12 onward to the final."