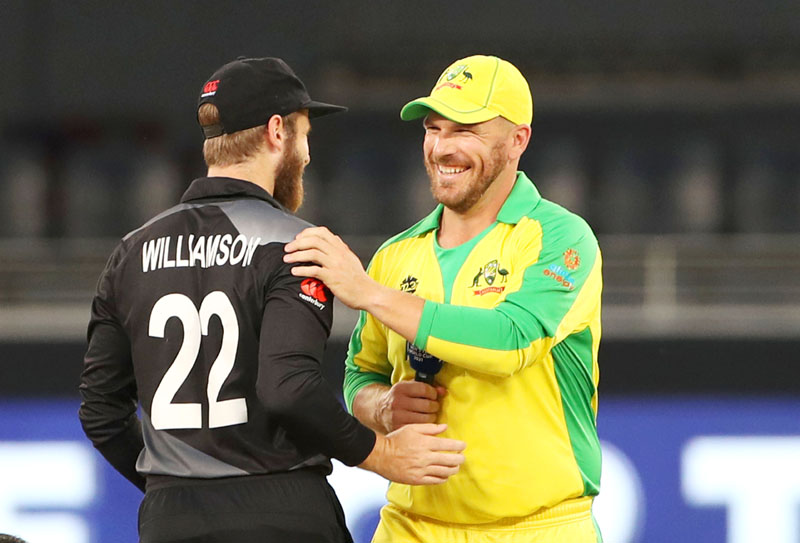 Dubai: Kane Williamson smashed 48-ball 85 as he helped his New Zealand side reach 172 runs for the loss of four wickets in the T20 World Cup final clash against Australia here on Sunday.

Kane hammered 10 boundaries and three sixes in the knock which helped the Kiws post a competitive score against Aussies.

Martin Guptill  remained the second highest scorer for the side with his 28 runs.

Josh Hazlewood remained on fire for Australia as he picked up three wickets and Adam Zampa added one more to hsi tally.