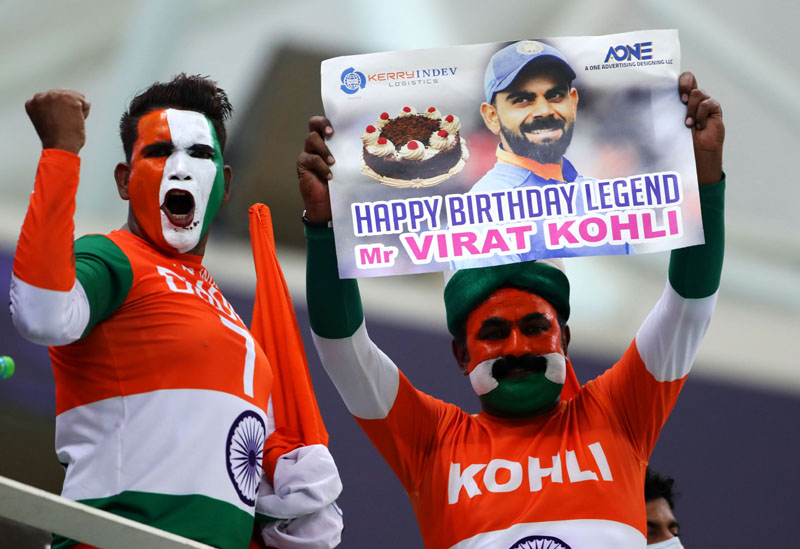 Dubai: India put up an all-round show to beat Scotland by eight wickets in a group stage match of the T20 World Cup here on Friday.

After bowling out Scots for 85 runs, Indian batsmen did not waste time and reached the winning score of 89 runs by losing two wickets.

After making a swashbuckling start, Rohit Sharma (30) ad KL Rahul (50) departed to set the way for skipper Virat Kohli (2*) and Suryakumar Yadav  (6*) to register the victory.

KL Rahul butchered the Scottish attack as he hammered six boundaries and three sixes in his graceful knock.

He played just 19 balls to change things for the opponents who were not given a moment to bounce back in the match.

In his 16-ball innings, Rohit Sharma hit five boundaries and a six.

Mark Watt and Brad Wheal picked up a wicket each for Scotland to give some consolation at the end.