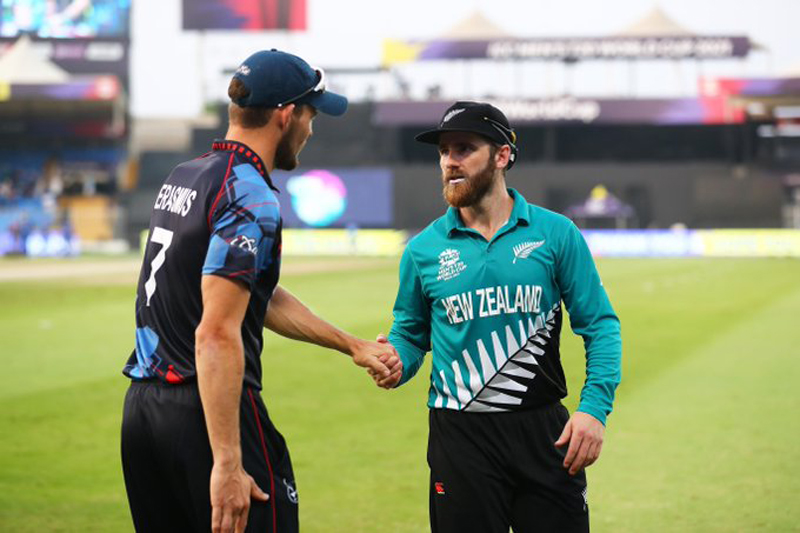 Sharjah: New Zealand registered a 52 runs victory against Namibia in a World T20 Group stage match to keep their chances to qualify to the next round alive here on Friday.

Glenn remained the top scorer for the side.

He hit one boundary and six in the knock.

In response, Kiwi bowlers kept it tight for Namibia to score freely in the match.

Tim Southee and Trent Boult picked up two wickets each for New Zealand.

Michael van Lingen remained the top scorer for Namibia with his 25-run-knock.