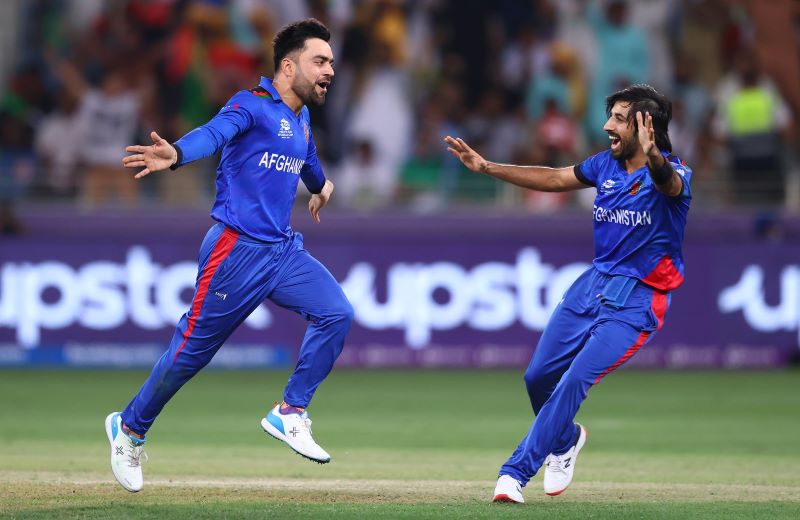 Dubai/IBNS: Sri Lankan cricket legend Muttiah Muralitharan is considering Afghanistan, who had a brilliant start to the T20 World Cup, as a "real threat" to other teams in the ongoing tournament.

Afghanistan went off to a brilliant start to the tournament decimating Scotland by 130 runs, thanks to their bowlers for limiting the team to just 60.

Muralitharan says, "I have been amazed by the Afghanistan spinners, they have been the pick of the bowlers so far for me.

"It is true that they were perhaps playing one of the weaker teams but the way Mujeeb Ur Rahman and Rashid Khan bowled against Scotland was incredible – the batters were mesmerised."

"If they can bowl like that in other matches, then they can be a real threat," he adds.

Muralitharan even went on to say this Afghanistan team reminds him of the 1996 World Cup (50 overs) where Sri Lanka had emerged victorious.

He says, "In some ways they remind me a bit of Sri Lanka when we won the 50-over ICC Men’s World Cup in 1996. It is too soon to tell really but if their three spinners bowl well, you never know what could happen.

"When I think back to 1996, we had a lot of experienced batters and then some good young bowlers. The conditions helped us, we were very strong at home throughout the 1990s and we knew how to play the conditions. It was not a fluke, we had the talent."

"The same is true of Afghanistan, you have Mohammad Nabi who has been playing for a long time and then some promising young batters – Hazratullah Zazai and Rahmanullah Gurbaz did well against Scotland," the former Sri Lankan spin bowler added.

However, Afghanistan despite putting up a brilliant effort was defeated by Pakistan in their second match Friday.