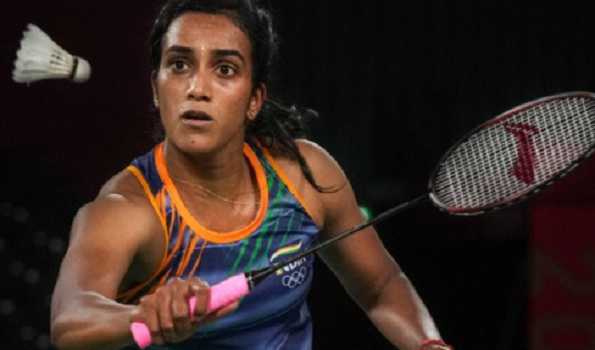 Sindhu, who is seeded third in the tournament, sealed 21-14, 21-14 victory over Busanan in just 38 minutes in the quarterfinal.

In the pre-quarters, Sindhu trounced Line Christopherson of Denmark 21-19, 21-9 to storm into the quarterfinal stage.

Currently ranked world No.7, the Indian shuttler will lock horns with the 15th ranked Japanese Sayaka Takahashi in the semifinal Saturday.

Sayaka has made her way into the semis after she staged a huge upset by defeating Thai shuttler Ratnachanok Intanon, ranked 6th in the world.

Sindhu had a 4-3 head-to-head record in seven meetings. The last time the two shuttlers met was in the Indonesian Masters in 2020, where the Japanese shuttler defeated Sindhu in a decider set by 16-21, 21-16 and 21-19.

This will be Sindhu’s first semifinal outing after her Olympics Bronze medal victory.

Earlier, Sindhu had a quarterfinal finish in the recently concluded Denmark Open after losing to the young Korean An Seyoung 21-11, 21-12.