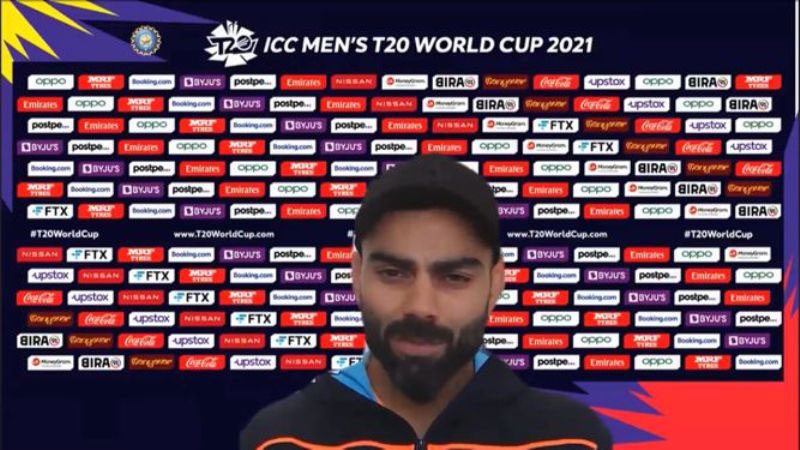 Dubai/UNI: Indian captain Virat Kohli Saturday backed pacer Mohammed Shami after he was trolled on social media for being expensive in the last match against arch-rivals Pakistan in the 2021 T20 World Cup on October 24.

"I have rightly mentioned before. To me, attacking someone over his religion is the most pathetic thing that a human being can do.

"Everyone has the right to voice their opinion, but I personally have never ever discriminated against anyone over religion. That is a very sacred and a personal thing of human beings that should be left there," Virat said.

Kohli called the trolls "a bunch of spineless people on social media who have no courage to do what the players are doing in the middle."

The India skipper said trolling "literally is the lowest level of human potential and it has become a source of entertainment."

This kind of drama, Kohli said, is created based on people's frustration and lack of self-confidence and compassion, and hence they find it amusing to go after people.

"In this context, we as a group, understand how we need to stick together ... how we need to focus on our strength. What people think outside has no value whatsoever within our group. We never focus on it because people do not understand what it takes to do the job on the field at the international level," he said.