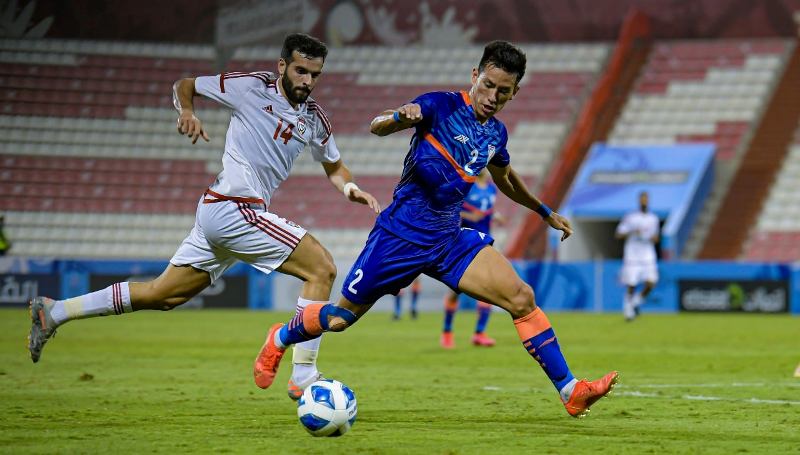 AFC U23 Asian Cup: One mistake cost us a point against UAE, says Igor Stimac

Dubai/UNI: Indian football team Head coach, Igor Stimac, Thursday said that one single mistake cost India a point against the UAE in the qualifiers for the AFC U23 Asian Cup in Dubai Wednesday night.

A late penalty handed UAE victory over India with a scoreboard of 1-0.

“In the first half, we handled it well, especially when the legs were still fresh. We also had two great chances in the first half. We played against a very good side who were deserving winners. In the second half they demonstrated their power,” Stimac said.

“We were coming down and some players lost freshness in their legs. We needed to make some changes. We gave away an easy penalty. We made one mistake, and that mistake cost us a point, not three as we didn’t deserve three points against UAE,” the coach added.

After a 2-1 victory against Oman in their opener, and India's recent loss to UAE they stand on three points from two matches.

India will now face the Kyrgyz Republic in their last group league game on October 30.

“We play the Kyrgyz Republic in the last game. We need to do our best, find the strength and power, and then get out on the pitch and get the points which may surprise all of Asia if India qualifies,” Stimac expressed.

“It’s a very interesting situation in the group wherein the situation is extremely tight. Teams are quite different, but then again very similar in regards to what someone can do on the pitch. Everyone has their own strengths and weaknesses,” he said.

“It is difficult for our players. We made only one change in the starting XI that played against Oman. We are doing everything possible for them. The five changes helped, but not enough to keep the quality of football which we expect, and is needed against strong opponents against UAE.”