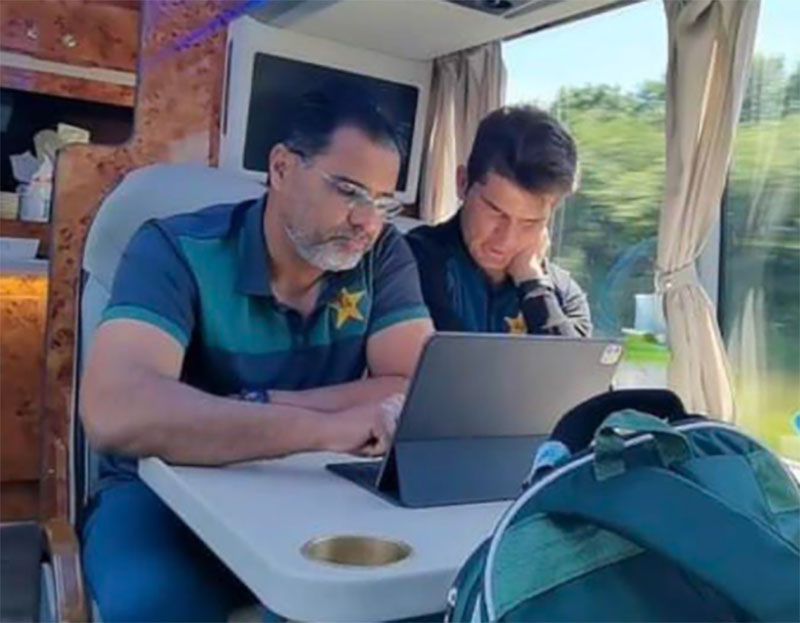 Dubai: Former Pakistan skipper Waqar Younis has apologised for his "Namaz-Hindu" remark after he faced criticisms from fans online.

"In the heat of the moment, I said something which I did not mean which has hurt the sentiments of many. I apologise for this, this was not intended at all, genuine mistake. Sports unites people regardless of race, colour or religion. #apologies," Younis, who is known as one of the finest bowlers to play cricket for Pakistan, tweeted.

The comment had disappointed sports fans across the globe after Pakistan's game against India in the ICC Men's T20 World Cup 2021, which they lost by 10 wickets.

Waqar, in an interview to a Pakistani news channel, had said, "The manner in which Babar (Azam) and (Mohammed) Rizwan batted, the strike-rotation, the look on their faces, it was amazing. The best thing, what Rizwan did, Mashalla, he offered the Namaz on the ground surrounded by Hindus, that was really something very special for me."

Reacting to the remarks, former cricketer-turned-commentator Akash Chopra took to twitter and expressed his disagreement by saying, "Et tu, Waqar."

Another former cricketer Wasim Jaffer called it as disgusting.

In the heat of the moment, I said something which I did not mean which has hurt the sentiments of many. I apologise for this, this was not intended at all, genuine mistake. Sports unites people regardless of race, colour or religion. #apologies 🙏🏻

"For a person of Waqar Younis' stature to say that watching Rizwan offering namaz in front of Hindus was very special to him, is one of the most disappointing things I have heard. A lot of us try hard to play such things down and talk up sports and to hear this is terrible.

"I really hope that a lot of genuine sports lovers in Pakistan are able to see the dangerous side to this statement and join in my disappointment. It makes it very difficult for sports lovers like us to try and tell people it is just sport, just a cricket match," he said.

"You would think that cricketers, as ambassadors of our game, would be a little more responsible. I am sure there will be an apology on the way from Waqar. We need to unite the cricket world, not divide it by religion," Harsha said.

Waqar, it looks, has not disappointed Harsha and others as he apologised for his "Namaz-Hindu" remarks.