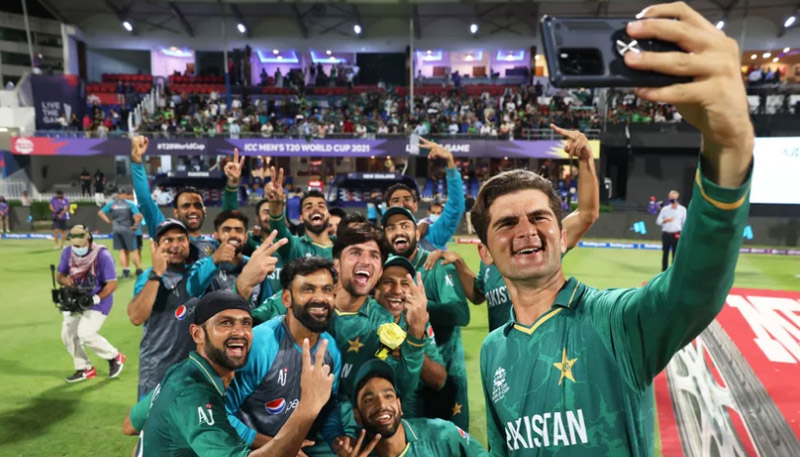 Sharjah/UNI: Late fightback from Asif Ali and Shoaib Malik helped Pakistan register their second win on the trot as they defeated New Zealand by five wickets in the Super 12 match of ICC T20 World Cup here on Tuesday.

Chasing this modest total, Ali fired a 12-ball 27* at no. 7 to bail Pakistan out of trouble and was backed by Malik, who scored a 26* off 20 balls. Pak reached the target with eight balls to spare before Ish Sodhi raised Kiwi hopes by picking two wickets for 24 while Mitchell Santner and Tim Southee claimed a wicket each.

It was a tricky chase for Pakistan as the green-clad outfit were reeling at 63/3 with only Mohammad Rizwan (33 off 34) playing a responsible innings at the top of the order. In-form Babar Azam (9) and Fakhar Zaman (11) disappointed on the night before Malik came in to assist Rizwan in the chase.

However, the opener's departure in the 12th over with 69 runs on the board meant NZ looked strong favourites to win the game.

The game turned in Pakistan's favour with the arrival of Ali, who slammed three sixes and a boundary during his 12-ball cameo to seal the win for Pakistan.