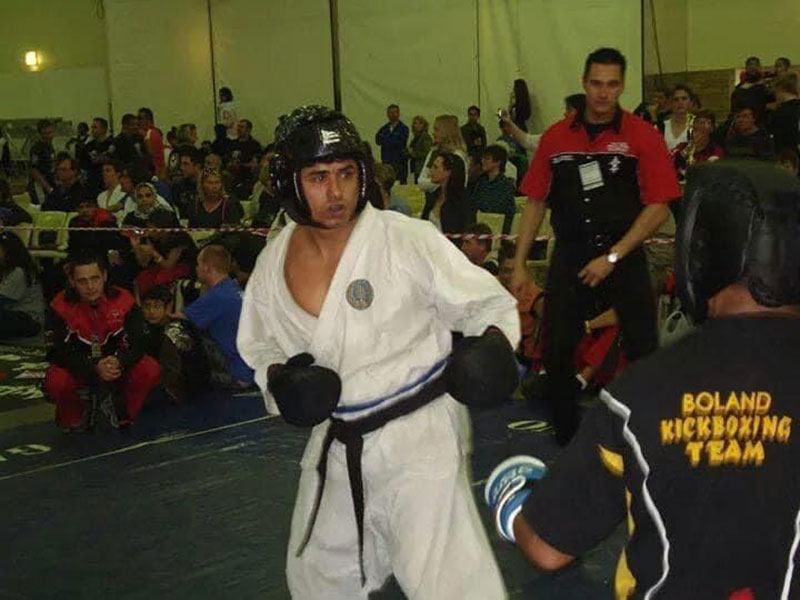 Premjit Sen: A flag-bearer of Martial Art in India

Premjit Sen, a face that shines bright in the field of Martial Art, has been working tirelessly to make India proud internationally. 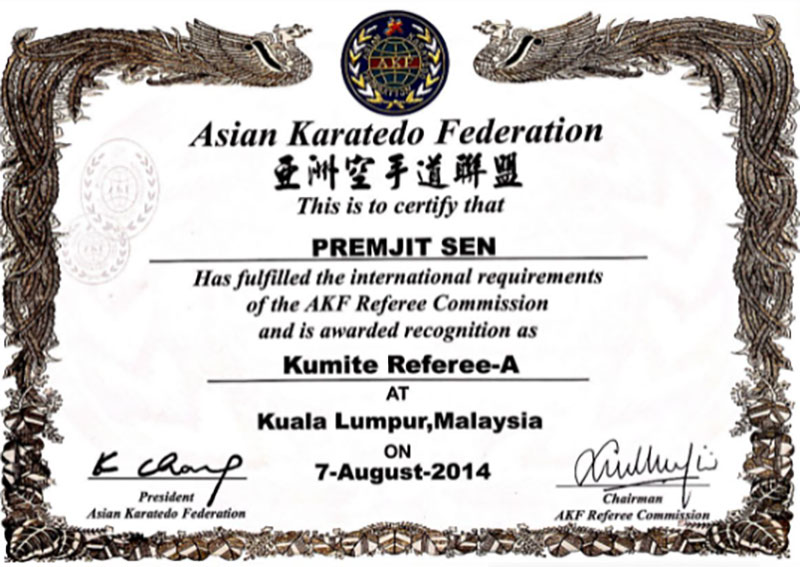 'Think like a man of action, act like a man of thought ', a famous quote of French philosopher Henri Bergson, goes aptly with Premjit Sen who has achieved 8th Dan black belt. 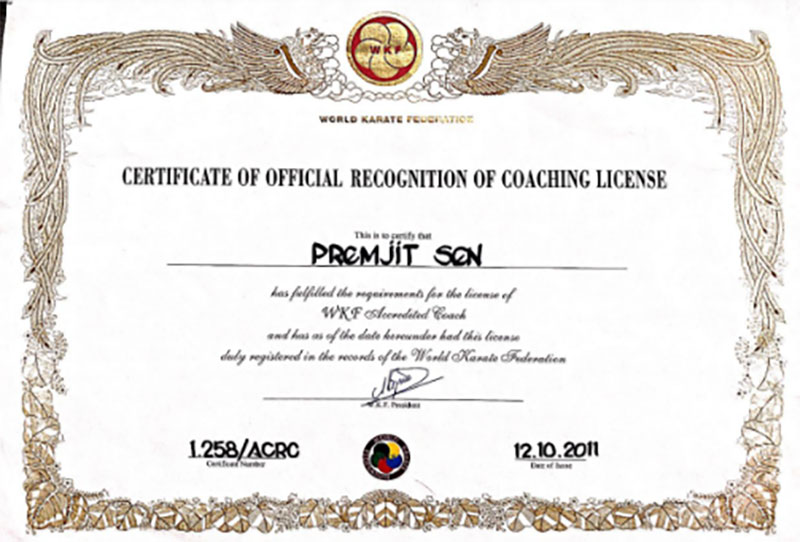 A recipient of the 7th Dan Black Belt from the prestigious World Karate Federation, his contribution to make this martial art form popular in India has been immense. 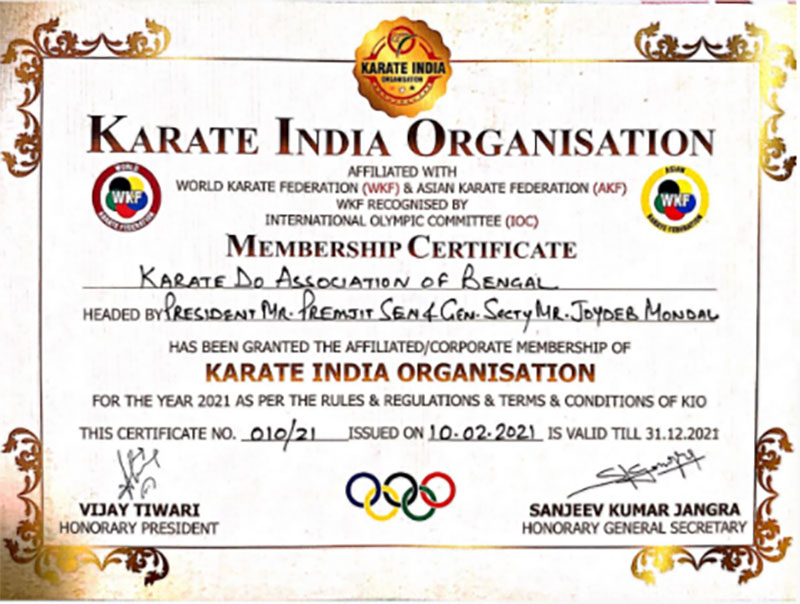 With the 8th Dan rank he has achieved the title of Hanshi which in common terms means Role Model for others. 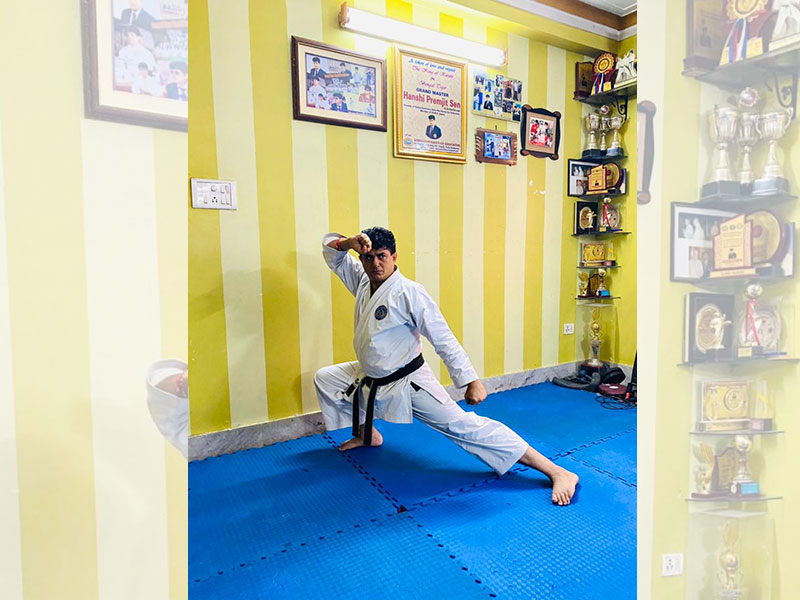 His achievements and honours established him as one of the best champions from India. Martial art is a form which is practiced for numerous reasons like self-defence, military, competition, physical exercise etc. 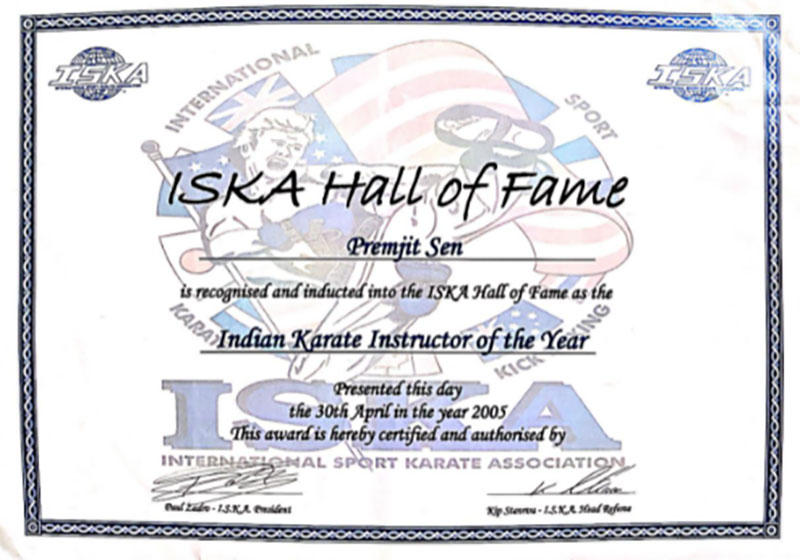 Sen is also eager to give back to society. He has worked and showed his potential as technical official in 33rd National Games Assam, 34th National Games Jharkhand and also in World martial Art Games Switzerland. 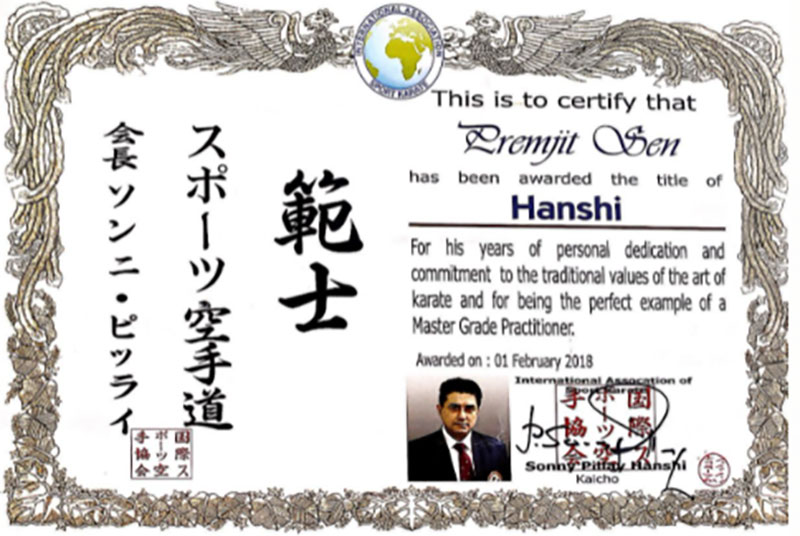 He  has been given the responsibility of treasurer of National Martial Art Games Federation of India while he has been working towards improving the Martial Arts infrastructure and also contributed as a successful teacher of this art form. 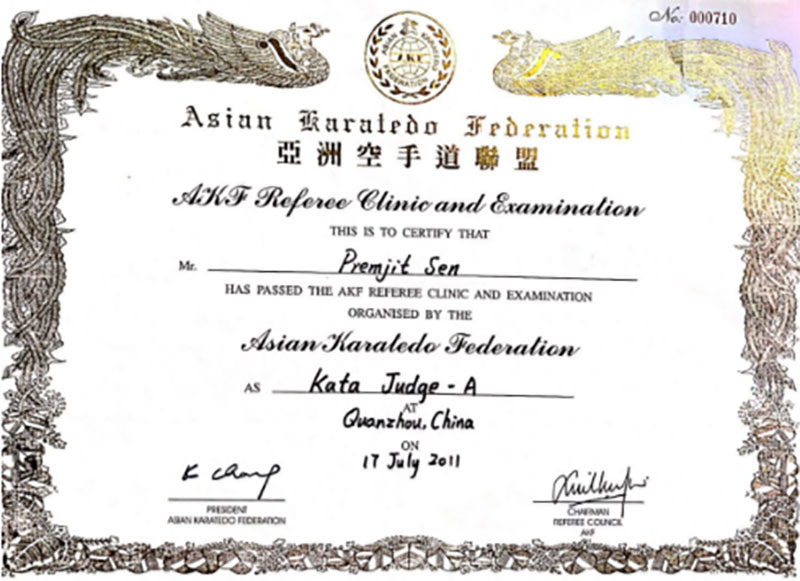 He is currently president of Karate Do Association of Bengal and serves as president of Hapkido  Federation of India. He has also been providing his service as Chairman of R.C. to Karate India Organisation. 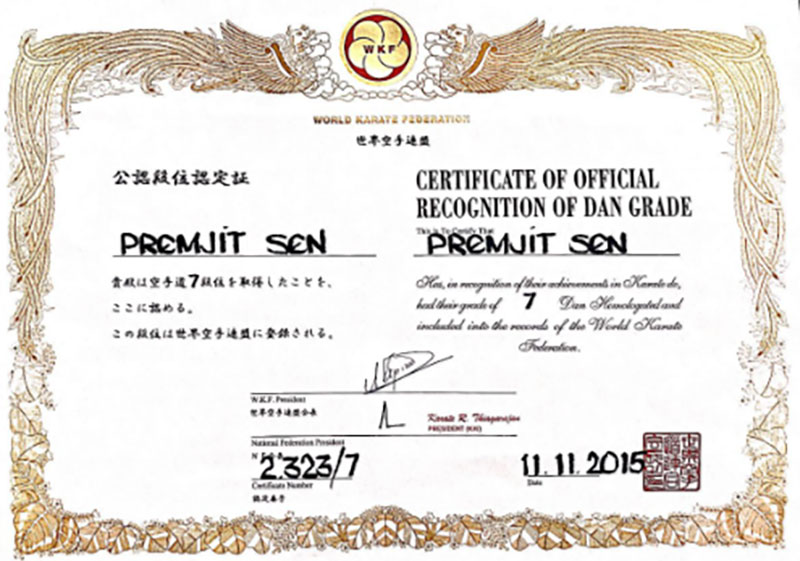 Sen has also proved himself as a great administrator. He has been behind the enormous success of many players of Martial Art. He passed on his knowledge to  students and helped them to fulfil their dreams.
Premjit Sen has been honoured by ISKA HALL OF FAME as Indian Karate Institutor of the Year. 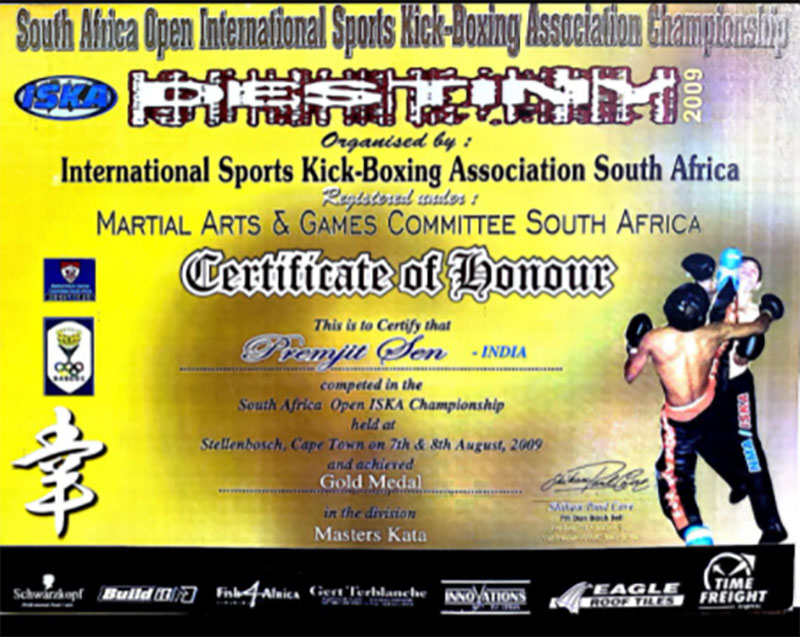 He was also a part of Indonesia 2018 Asian Games as an observer from the National Federation of Karate.
He has worked hard to elevate the level of this form in India and acknowledge the worth of this form by himself being an ideal student of this form of art. 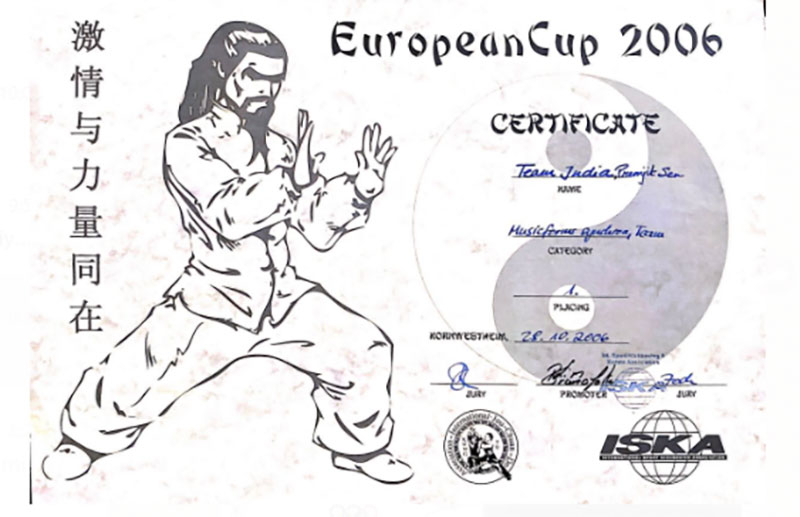 The positions he holds currently: 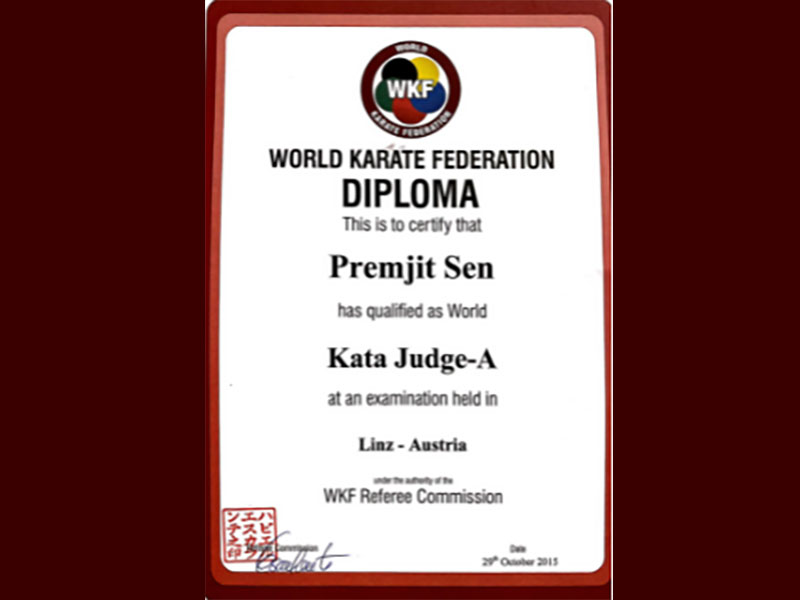 Laurel as an athlete: 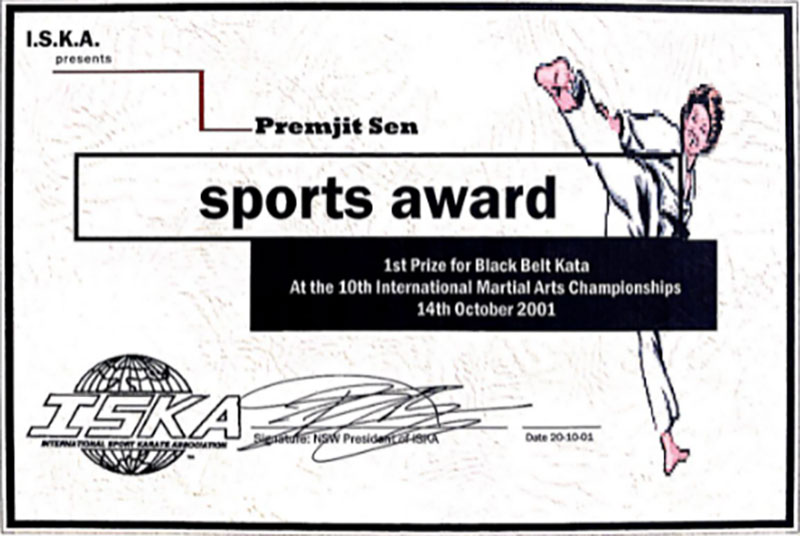 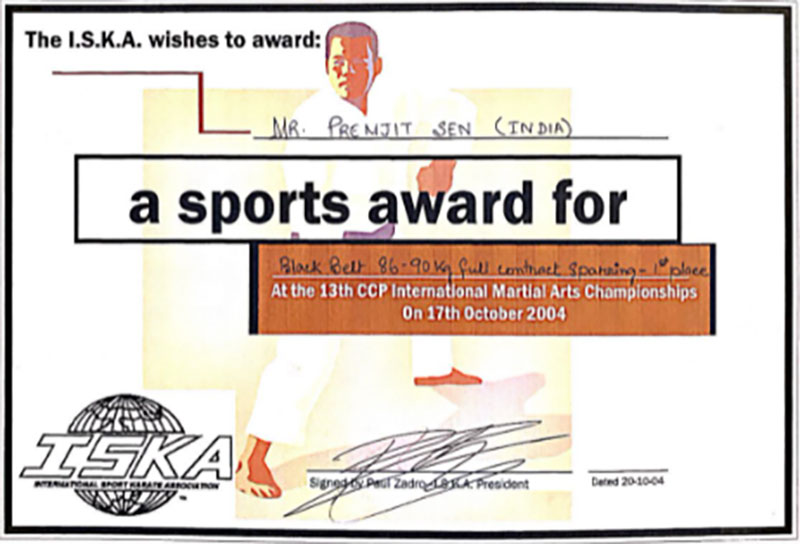 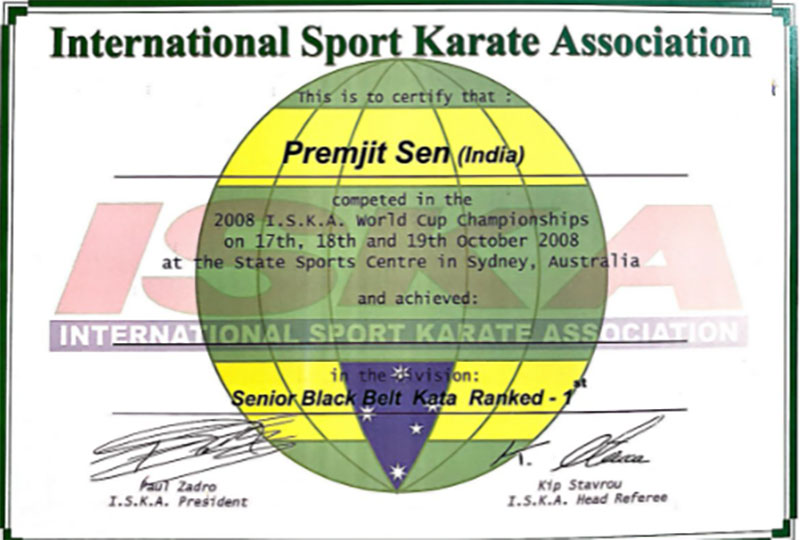 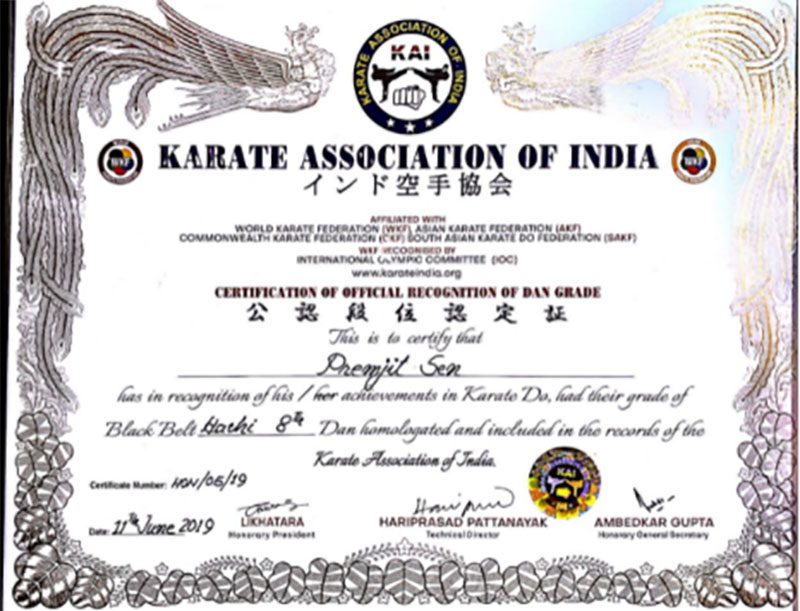 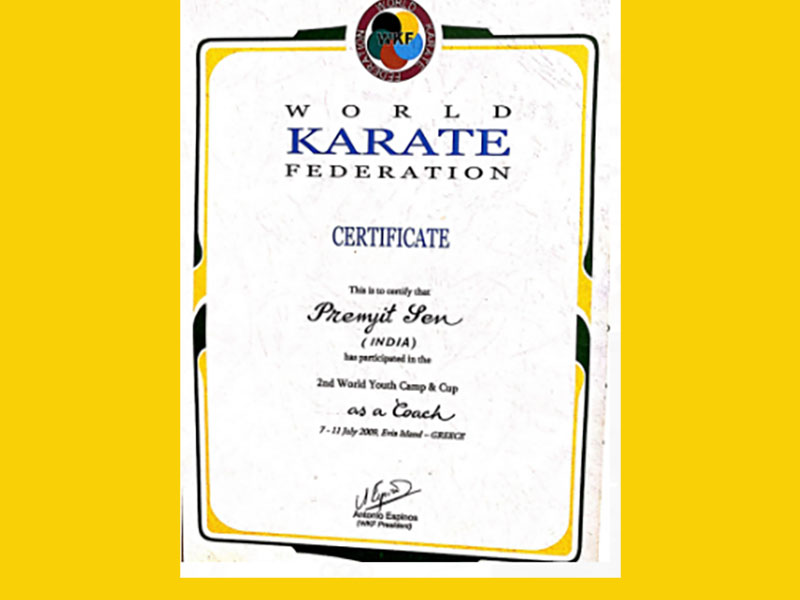