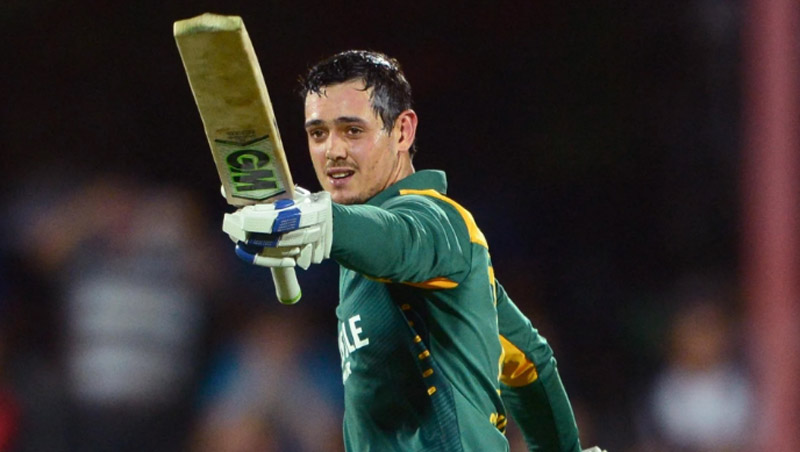 Dubai/UNI: Quinton de Kock pulled out of South Africa's T20 World Cup match against West Indies here on Tuesday after the CSA board directed their players to take a knee before matches.

But, De Kock stands with his hands slung casually behind his back, while others kneel, raise a fist, or stand to attention, as per the options given by CSA in support of the fight for social justice.

In their statement, CSA said different postures taken by team members in support of the Black Lives Matter created an unintended perception of disparity or lack of support for the initiative.
"All players had been required, in line with a directive of the CSA Board on Monday evening, to "take the knee" in a united and consistent stance against racism," CSA said.

"After considering all relevant issues, including the freedom of choice of players, the Board had made it clear it was imperative for the team to be seen taking a stand against racism, especially given SA’s history ...," it said.

The Board will await a further report from team management before deciding on the next steps. All players are expected to follow this directive for the remaining games of the World Cup, CSA said.

For today's match all South African players took the knee against West Indies, a move which was hotly discussed on broadcast commentary by Pommie Mbangwa and Daren Sammy.

"I dare say Daren that cricket will take a back seat," Mbangwa said as reported by ICC.
"I know it’s a big statement for me to make at a Cricket World Cup, I speak because the team concerned are South Africa, with a history of exclusion and racism.