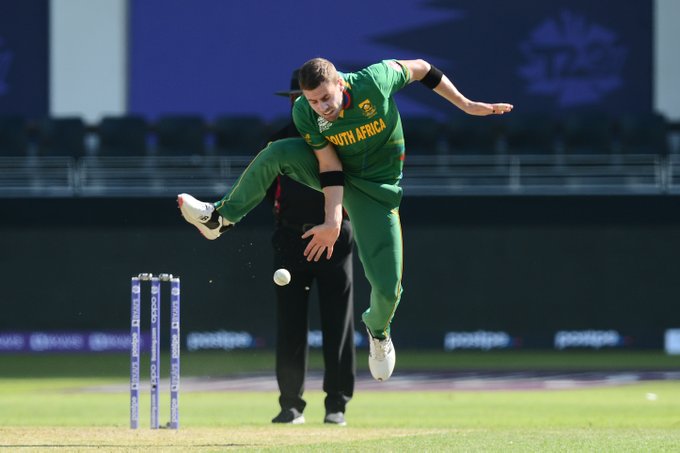 Markram scored a brilliant 51 off 26 balls while chasing down 144 with 10 balls to spare after bowlers Dwaine Pretorius (3/17) and Keshav Maharaj (2/24) didn't allow the Caribbean team to open up their arms.

The chase turned tricky for the Proteas after skipper Temba Bavuma was left stunned by a direct hit towards the bowling end by Andre Russell (2 off 3). However, Reeza Hendricks (39 off 30) and Rassie van der Dussen(43 off 51) soon got the Africans back in the game by adding 42 runs during the powerplay.

Hendricks and Dussen went on to add 57 runs in 50 balls for the second wicket before the former lost his wicket to Akeal Hosein (1/27) in the 10th over.

Markram then took charge of the innings on arrival started by dealing in boundaries while Dussen switched to a sheet anchor role. They stood unbeaten in the middle and added 83 runs in 54 balls to seal the first win of the tournament for South Africa.

Earlier in the first innings, Evin Lewis (56 off 35) played a fast inning for the West Indies, while from the other end Lendl Simmons (16 off 35) batted at a turtle pace after being sent in to bat first by the Proteas.

The duo still managed to give a promising start to WI by adding 72 runs in the first 10 overs.

However, Simmons slow-paced innings did come to haunt them back as Nichols Pooran (12 off 7), Chris Gayle (12 off 12), Andre Russell (5 off 4) lost their wickets in an attempt to make up for runs at the back 10.