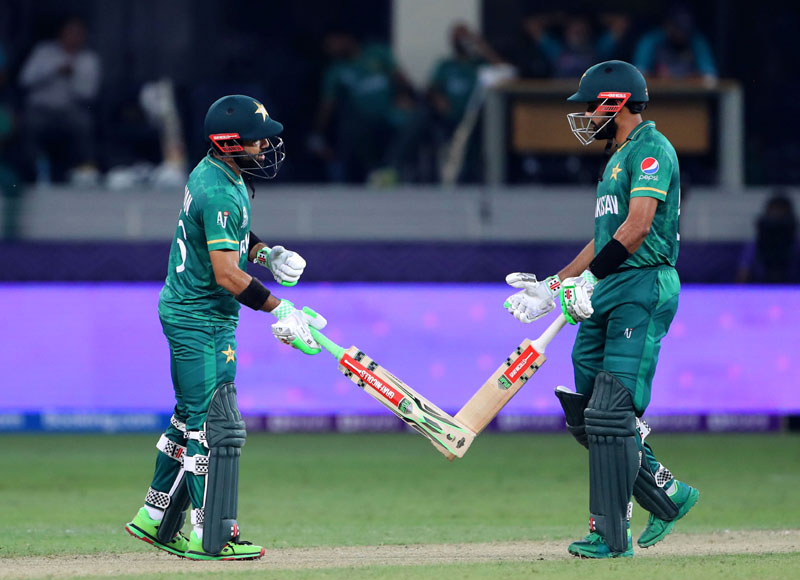 Dubai: Mohammad Rizwan (78*) and skipper Babar Azam (68*) absolutely dominated the proceedings as they helped Pakistan beat India by 10 wickets in a high-voltage Super 12 World T20 clash here on Sunday, changing a page in history when the 'Men in Green' finally succeeded in beating their neighbours in a World Cup fixture.

After restricting India to 151 for the loss of seven wickets, Pakistan openers dominated the proceedings and cruised to 152 runs without losing a wikcet with 13 balls to spare.

None of the Indian bowlers shined in the match and looked helpless infront of the Pakistan batsmen. 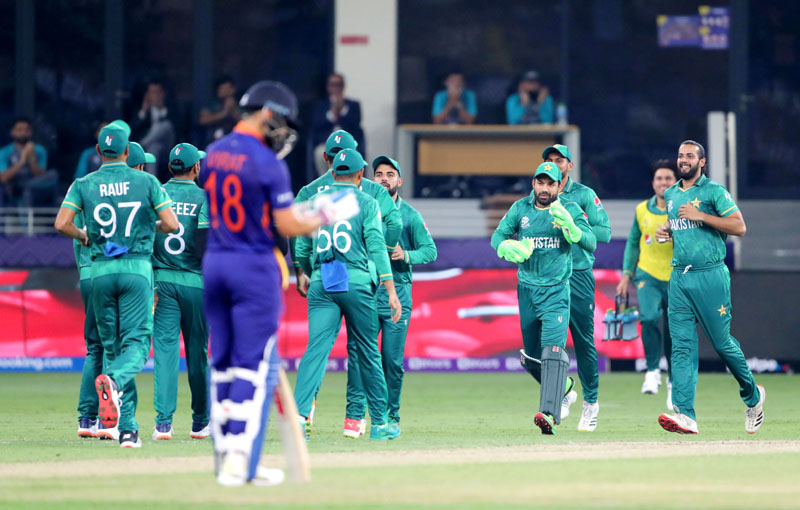 All the Indian bowlers gave away runs and looked clueless.

Earlier, Indian captain Virat Kohli scored a brilliant half-century to push India to 151 for 7 against arch-rivals Pakistan in their Super 12 of the ICC Men's T20 World Cup opener.

Kohli whacked 57 off 49 balls, a knock which was studded with five boundaries and a six.

The Indian captain steadied the ship for India after the initial burst from the Pakistan pacers. He held the fort for the team and gave India a final flourish in the company of Ravindra Jadeja.

Sent into bat, India got off to a disastrous start. Rohit Sharma was plumb in front off Shaheen Afridi for zero in the first over. In his next over, Afridi sent back KL Rahul (3) by disturbing his timber.

Suryakuamr Yadav walked in at No.4 and played some extravagant shots and got the scorecard ticking, but in the sixth over, Hasan Ali dismissed him. 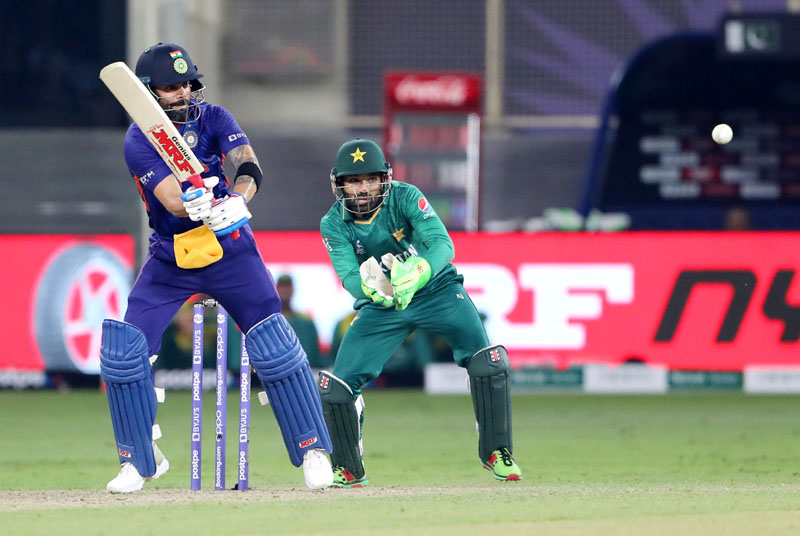 Soon India were tottering at 36 for three after the Powerplay.

Rishabh Pant was greeted with a loud appeal for caught behind off Mohammad Hafeez as Pakistan reviewed in vain.

After early jitters, Kohli and Pant (39 off 30) put on a crucial 53 runs partnership for the fourth wicket, and just when India started to recover, Pakistani leggie Shadab Khan put the brakes on them.

He sent back Pant after he played a good innings after Shadab looped a slower one, the Indian wicketkeeper-batsman looked to sweep and was caught and bowled by Shadab. India at that stage were 87 for 4 after 13 overs.

Hardik Pandya (11) failed to get going in the death overs but India managed to surpass the psychological 150-run mark.

Afridi bagged three wickets, while Ali picked two, besides Khan and Haris Rauf scalped one each.