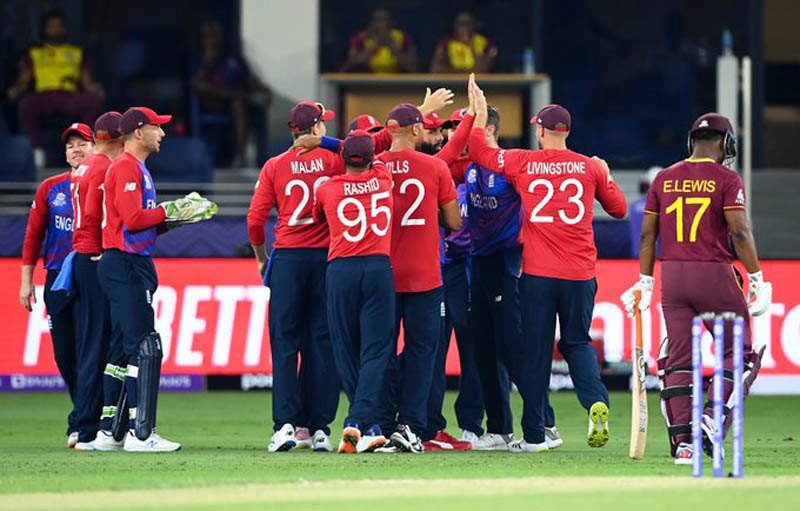 Dubai/UNI: England bowlers kicked off their campaign in style by defeating West Indies by six wickets after bowling out the defending champions for mere 55 runs in Super 12 encounter of the ICC T20 World Cup here on Saturday.

Bowler Adil Rashid (4/2) spinned a web around Windies batters during his 14-delivery spell as the entire innings lasted for 14.2 overs. Spinner Moeen Ali (2/17) and pacer Tymal Mills (2/17) made a light work of the batting side as well by wiping out the top-order for 37 runs.

Veteran southpaw Chris Gayle (13) top scored for the Caribbean team while none of the remaining batters could not touch the double figure.

Chasing the total, English openers Jason Roy (11 off 10) and Jos Buttler (24* off 22) gave England a strong start to the side by quickly adding 21 runs for the first wicket.

Windies earned themselves some late consolations but were never in the game.

Young spinner Akeal Hosein (2/24) and experienced pacer Ravi Rampaul (1/14) helped the losing side pick four wickets for next 18 runs but Buttler stayed on to finish the job for England with a a boundary in the ninth over.