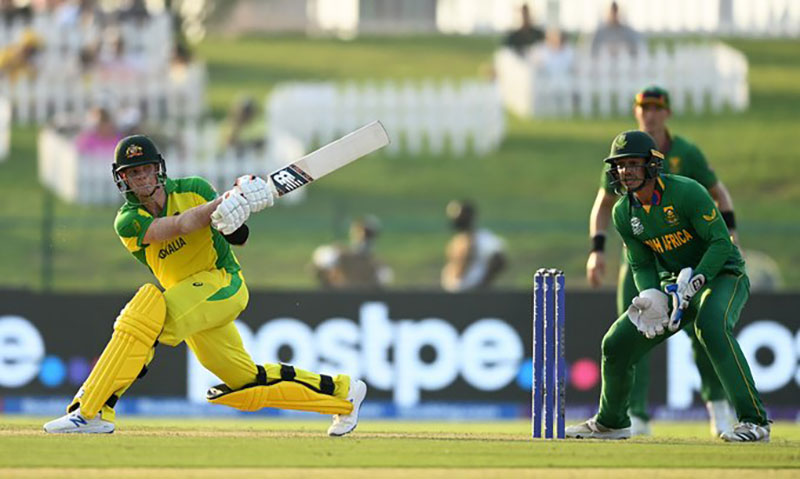 After restricting South Africa to 118 runs for the loss of nine wickets, Australian batsmen reached the target of 121 runs by losing five wickets.

South Africans gave Australia a tough time as the bowlers reduced the Kiwis to 5-81 at one point in the match.

He hit three boundaries in his knock.

Anrich Nortje picked up two wickets for the Africa side.

Earlier, Aiden Markram scored 40 runs in front of a tough Aussie bowling as South Africa scored 118 runs for the loss of nine wickets in their opening match of the World T20 here on Saturday.

Aiden Markram  hammered three boundaries and a six in his 36-ball knock to keep South African innings past the 100-run mark while the batting lineup kept on collapsing on the other end.

Australian bowlers dominated the proceedings and kept the opponents under control.