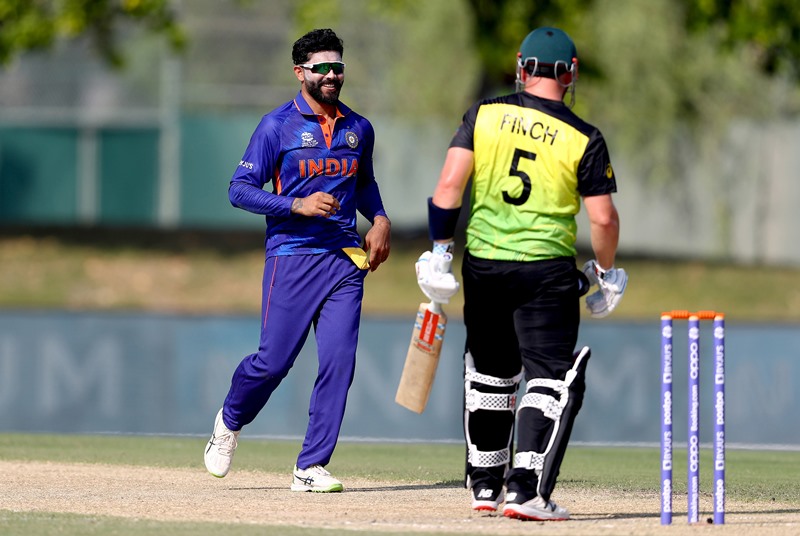 Dubai/UNI: India outclassed Australia in their final T20 World Cup warm-up as they raced past the 153-run target set by Australia at the ICC Academy Ground here.

The Indian openers gave a blistering start. Rahul stitched a 68-run partnership with Rohit Sharma at the top.

Rahul and Rohit took Adam Zampa for 16 off the first over following the lifting of the fielding restrictions.

Soon Rahul walked back to the pavilion after scoring 39 off 31 balls, but Sharma raced to his half-century and retired soon after scoring 60 off 41 balls, studded with 5 boundaries and three sixes.

Rohit made way for Hardik Pandya. Suryakumar (38 no off 27), at the other end, played some brilliant shots and Hardik Pandya (14 off 8) finished off the chase by lofting Kane Richardson over the head for a maximum.

This performance by Indian players showed that they are fresh after making regular appearances in the recently-concluded IPL in the UAE.

India are still searching for their 6th bowler as Kohli rolled his arm over for a couple of overs. The ploy to use Varun Chakravarthy towards the death did not work out.

Though the Aussies lost the match, they will be heartened by the performances of Smith, Maxwell and Stoinis, given the poor form of Warner.

The top order batter was dropped by Sunrisers Hyderabad last month following scores of 0 and 2 before he was dumped as captain in early stages of the IPL season.