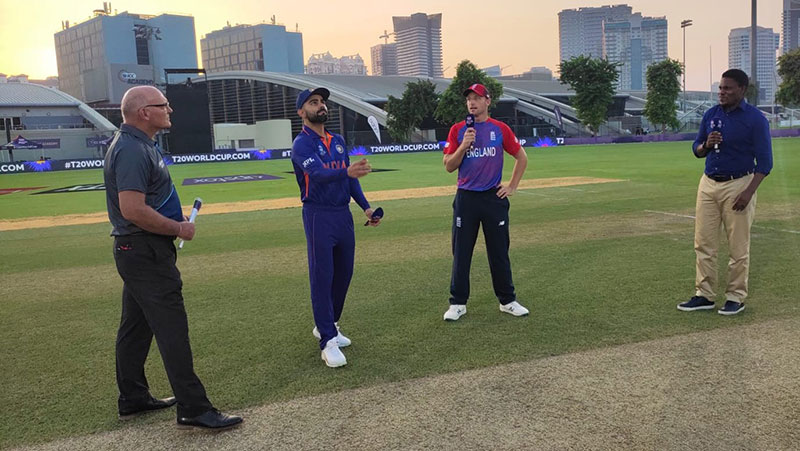 After being pushed to bat first losing the toss, England posted a challenging total of 188/5 in 20 overs.

While Jasprit Bumrah picked the valuable wicket of Bairstow, three wickets were clinched by Mohammed Shami leaving one for Rahul Chahar.

Chasing the target, two Indian openers- Ishan Kishan (70 off 46 balls) and KL Rahul (51 off 24)- took the lead role in helping the men-in-blue to go past the opponent's total.

Though skipper Virat Kohli was sent back to change room for just 11, wicketkeeper-batsman Rishabh Pant (unbeaten 29 off 14 balls) and allrounder Hardik Pandya (12 off 10 balls) safely took India to home.

With one over to spare, India scored 192/3, beginning their Dubai T20 World Cup tour on a positive note.