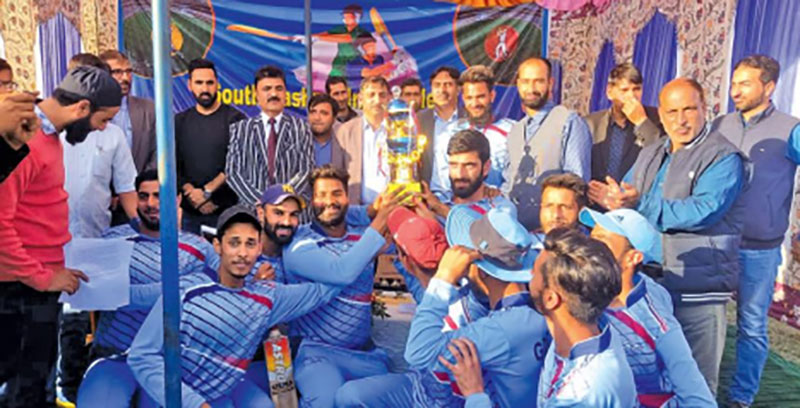 Batting first, GDC D.H. Pora was bundled at a paltry score of 41 in the allotted 10  overs, which was also the lowest score in the tournament.

The bowling attack of GDC Tral was led by M. Moosa who scalped 4 wickets, while Ubaid bagged 3 wickets.

For D.H.Pora, Umair Wani was the highest individual scorer with 26 runs to his credit.

In reply, GDC Tral managed to chase the total in 7 overs with 4 wickets remaining, despite a tough time given by D.H. Pora bowlers, especially Mushkoor who bagged 4 early wickets.

The tournament was organized by Government Degree College Kulgam in which eleven teams from South Kashmir Colleges participated on a knock-out basis.