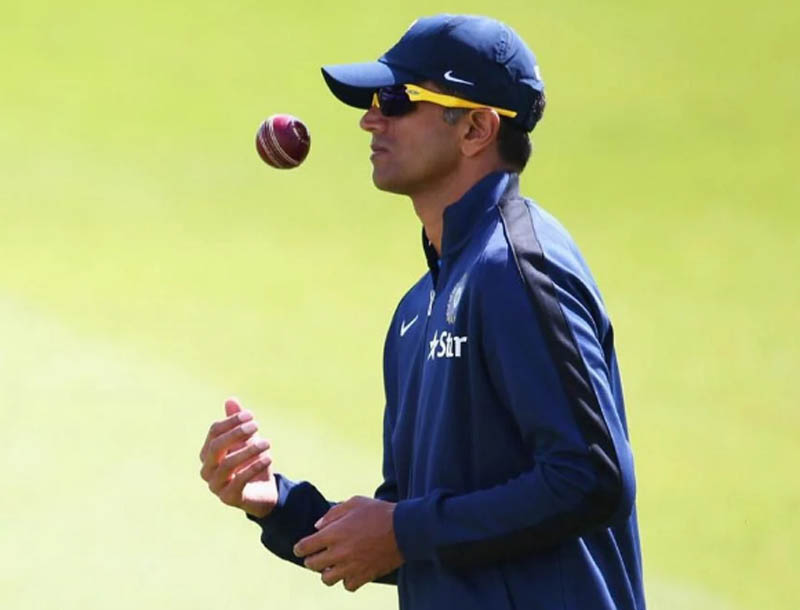 Mumbai: Former Indian captain Rahul Dravid is now a surprise frontrunner to be the next chief coach of the Indian men's team.

Dravid might soon step into the shoes of current coach Ravi Shastri whose term ends at the end of the upcoming World T20.

If things fall in place, he will head the backroom staff for the home series against New Zealand starting late November, reports ESPNCricinfo.

There will still be a formal process of inviting applications, but if Dravid chooses to apply, the BCCI is unlikely to look beyond him, ESPNCricinfo reports.

It is understood that BCCI officials have been involved in discussions with Dravid for a few months now and there has been speculation about him succeeding Shastri ever since he stepped into the job in an interim capacity when India were forced to send a second-string team to Sri Lanka for a limited-overs series last July, when many of the first-choice players were in England for the Test series, reports ESPNCricinfo.

Dravid, who had captained India in the 2007 World Cup, has been director of the BCCI's national cricket academy.