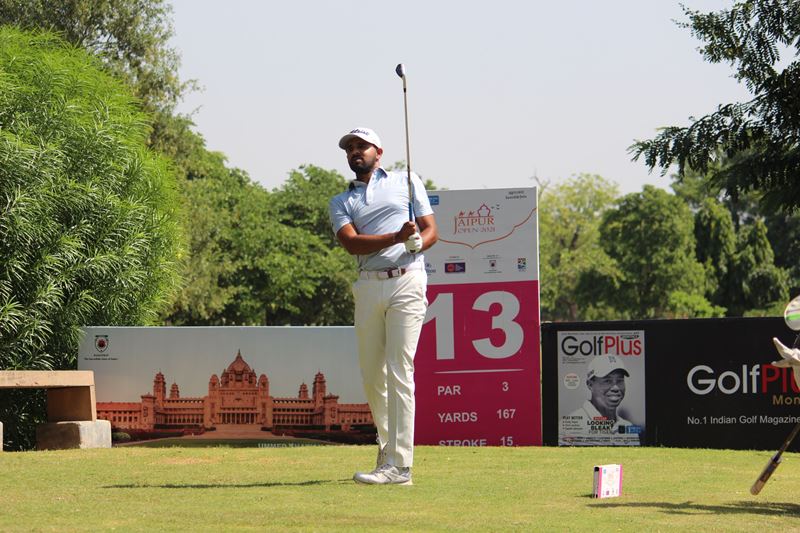 Jaipur: Khalin Joshi’s final round of three-under 67 proved good enough for him to turn the tables on nearest rival and fellow Bengalurean M Dharma and emerge victorious at the Rs. 40 lakh Jaipur Open 2021 Presented by Rajasthan Tourism being played at the par-70 Rambagh Golf Club (RGC).

The 29-year-old Joshi, who hails from the Karnataka Golf Association (KGA) course, overcame the disappointment of his runner-up finish in Delhi last week as bagged a winning cheque worth Rs. 6,46,600 to move up from fifth to third in the PGTI Order of Merit.

He made six birdies and three bogeys on the last day. 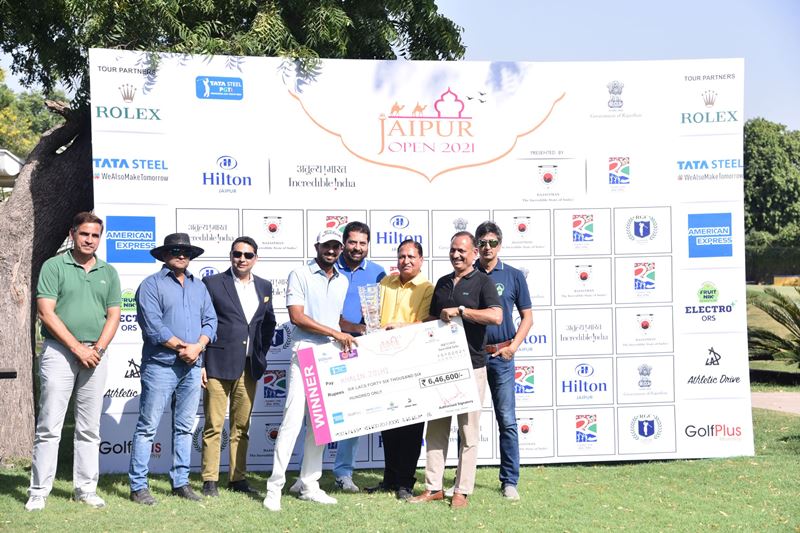 Chandigarh’s Yuvraj Singh Sandhu produced the best round of the tournament, a 10-under 60, to claim tied seventh place at 18-under 262. Yuvraj sank an eagle on the 18th from five feet and also made nine birdies and a bogey during his round.

Khalin Joshi, whose last title came at the Asian Tour’s Panasonic Open India in 2018, had a promising start when he almost holed out from 100 yards on the first to set up an easy birdie. After a bogey on the second, Khalin rallied with 15-feet birdie conversions on the sixth and eighth.

Joshi’s bogey on the 12th did not derail his round as he came back stronger once again with birdies on the 13th, 14th and 17th to take a three-shot lead and emerge favourite for the title. He bogeyed the last hole after a three-putt from four feet to finally win by just one shot.

Khalin, who was playing in Jaipur after four years, said, “It’s a huge relief and very satisfying to end a long wait for victory especially after coming so close last week. I was happy to find some form over the last few weeks. My game was shaping up well so I knew that it was just a matter of time before I won.

“I was not comfortable with my irons today, especially on the approach shots. However, I drove and putted really well. So I said to myself to keep hitting as many fairways and greens as possible and the putter will do the rest of the job. The key for me today was making some up and downs and clutch par putts. This win will help me raise my game even more in the future events.

“I really want to thank my coach Laurence Brotheridge for all his support. He’s been coaching me online for the past two years. I hope to meet him soon.”

Dharma, a good friend and regular practice partner of Khalin at their home course KGA, missed out opportunities on the greens as his putts didn’t roll in. Dharma led the field for the first six holes of the day. He then made three birdies but an equal number of bogeys that slowed him down. He had a stroke of bad luck on the 15th tee when his belt accidentally came off and got entangled with his hands during his swing resulting in a poor tee shot and a bogey.

Delhi’s Ajay Baisoya made a hole-in-one on the sixth during his final round of 67. Baisoya, who made another eagle on the 17th, signed off with a total of 14-under 266 to secure tied 14th place.