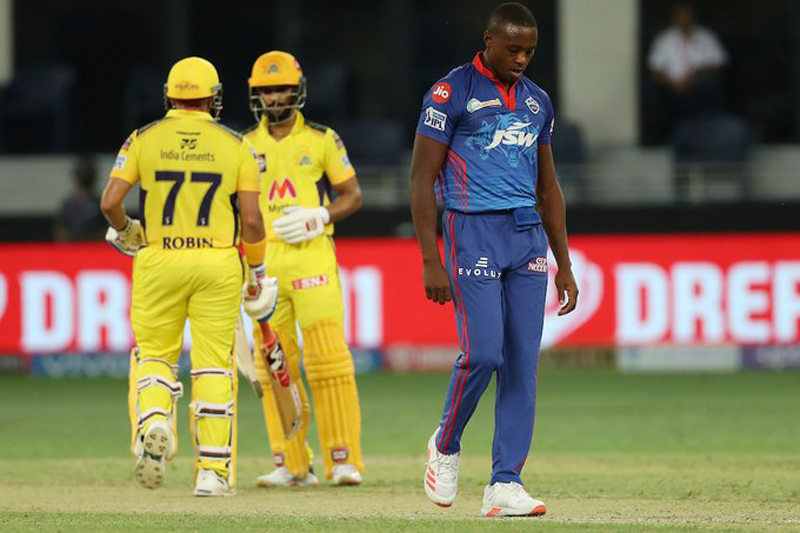 Opener Shaw (60 off 34) clobbered three sixes and seven fours in the first 10 overs to lay the foundation for DC, who got help from Pant (51 not out off 35 balls) and Hetmyer down the order to reach the challenging total on a degrading surface of Dubai International Stadium.

For CSK, Josh Hazlewood chipped in with two wickets while Ravindra Jadeja, Moeen Ali and Dwayne Bravo picked one wicket each.

Sent in to bat first, DC opener Shaw took sole charge of scoring runs through the Powerplay as he slammed 42 off the 51 runs during the fielding restrictions.

DC then decided to promote Axar Patel to no. 5 in order to tackle the spinners but the southpaw could only contribute 10 runs (11 balls) on the night before falling prey to Ali (1/27). Shaw, on the other end, continued spraying boundaries while playing exquisite shots to reach his 50 in just 27 deliveries.

The opener, however, fell right after Patel, as he failed to clear the long off boundary off Jadeja with DC feeling worried at 80/4 in 10.2 overs.

DC appeared further going into a shell with two new batters on the crease. Run rate fell down with 16 runs off the next three overs with Pant and Hetmyer taking their time to settle down.

The left-handed duo soon changed stance and clobbered 39 runs in the next three overs leading to the death, helping DC go past 125 by the end of 16th over, including a one-handed six by Pant over the long-on.

Pant's and Hetmyer's splitfire innings saw them add further 33 runs in the next three overs before Dwayne Bravo had the latter caught at deep midwicket to end the 83-run stand.
The DC skipper remained not out till the end as he took 35 balls to reach his half century of the last ball with the team reaching 172/5.