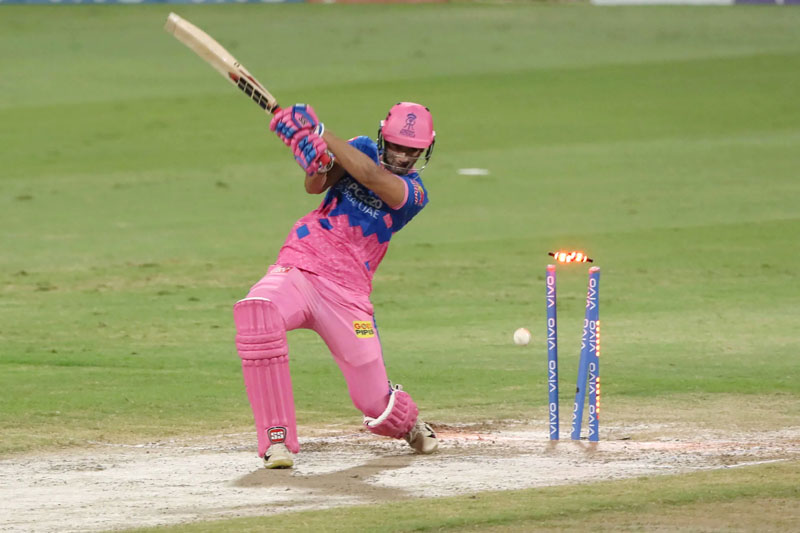 Sharjah/UNI: Defending champions Mumbai Indians (MI) brought themselves back in the reckoning for the playoffs by thrashing Rajasthan Royals (RI) by eight wickets in match 51 of the IPL 2021, here on Tuesday.

With the win, Mumbai Indians are now fifth in the points table with 12 points and trail fourth-placed Kolkata Knight Riders only because of a slower run-rate.

Ishan Kishan (50 not out of 25 balls) then helped the five-time champions chased down the target in 8.2 overs.

RR are now dropped to 7th place in the points table with slim hopes of making it to the playoffs. With 10 points in 13 games, they have the most interior run rate among the remaining playoff contenders.

Batting first, RR openers Yashasvi Jaiswal (24 off 19) and Evin Lewis (12 off 9) gave a strong start by smashing Jayant Yadav for 15 runs in the second over. 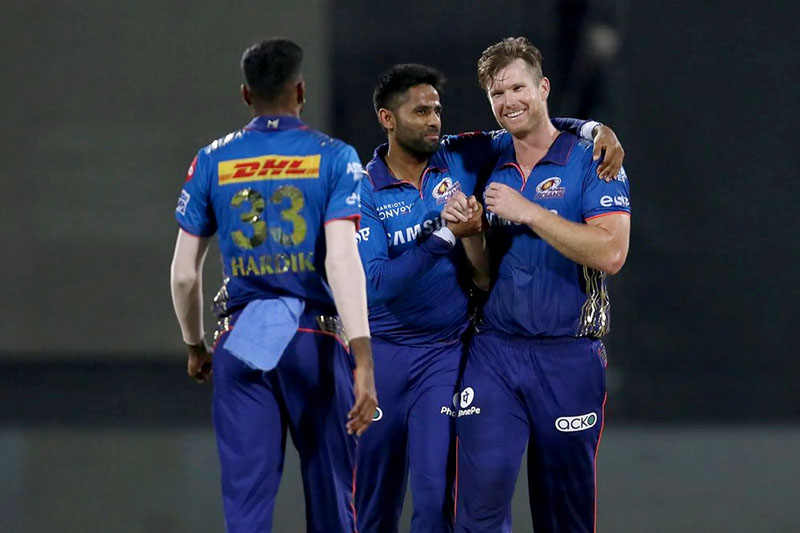 Fireworks didn't last for long as pacers Jasprit Bumrah and Nathan Coulter-Nile removed the two openers before the end of the powerplay, leaving Rajasthan 41 for two in 5.3 overs.

Coulter-Nile dismissed Glenn Philips for just 4 off 13, to send Rajasthan five down for 50 at the end of 10 overs.

At this point, Royals failed to strike a boundary since the powerplay, comprising 21 dot balls, where Rajasthan scored just 29 runs for the loss of four wickets.

Neesham (3/14) then picked his third wicket for the evening as he dismissed Tewatia (12 off 20) in his final ball of the innings.

There was no end to RR's trouble as Coulter-Nile picked his third wicket of the evening, removing David Miller (3 off 15) while Bumrah (2/14) dismissed Gopal for a golden duck.

Chasing the paltry total, MI skipper Rohit Sharma decided not to leave it late as he clobbered Mustafizur Rahman for 14 runs in the first over. 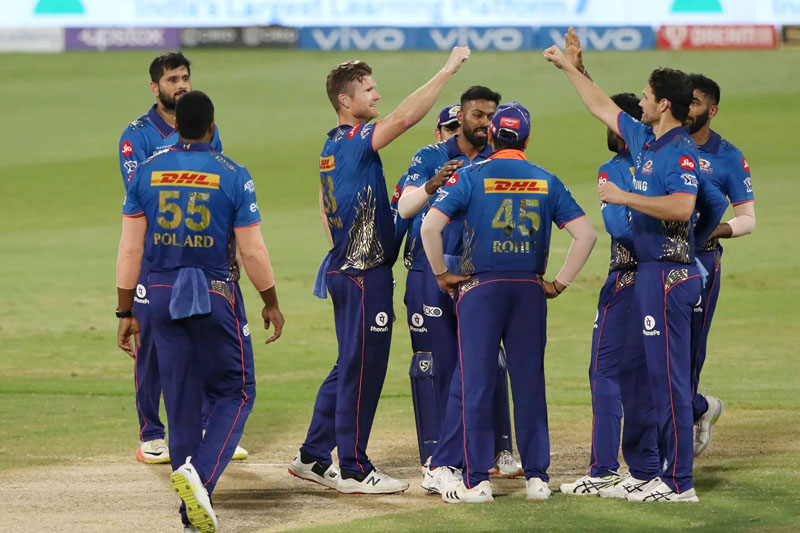 Sharma, however, fell right after to Shreyas Gopal, who had him stumped for 22 (13).

Ishan Kishan continued the good work by taking Sakariya for 12 runs in the remaining balls in the over.

Kishan's blitzkrieg allowed MI to go past 50-run mark by the beginning of 5th over but not before they lose another wicket in Suryakumar Yadav (13 off 8).

Kishan ensured no further harm came MI's way as he scored a brisk 25-ball 50 to chase down the total by 9th over. Hardik Pandya (5* off 6) remained not out at the other end.